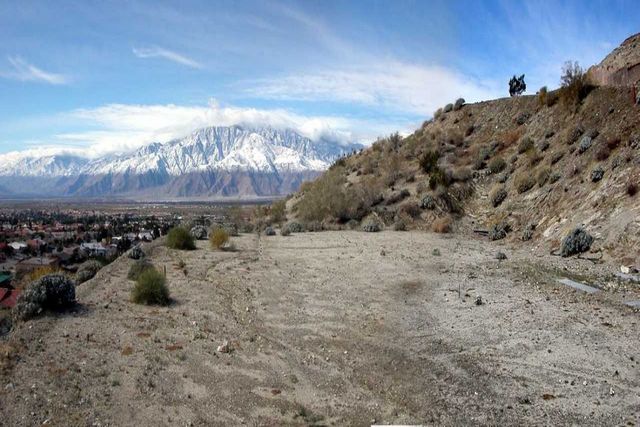 A big mystery is surrounding Desert Hot Springs after a series of powerful explosions has rocked the city. They shake windows and some residents describe them as small earthquakes.

The blasts began a couple of months ago, the big booms have been shaking the foothill community.

If you live in Desert Hot Springs, you’ve probably heard the mysterious booms that usually happen during the night.

It turns out that those of us who live in DHS are not alone: A quick Internet search turns up stories about and recordings of unexplained noises being heard around the world. Of course, it’s unknown whether what’s happening in Desert Hot Springs is related to these weird noises elsewhere.

I’ve lived in Desert Hot Springs for a while, and anything that goes “boom,” night or day, typically becomes part of a game jokingly called “Fireworks or Gunshots?” However, these mysterious booms are unlike the typical noises heard in the night. The first time I heard one, it was late, and I was out on my back porch. It sounded as if a bomb had gone off, echoing throughout the entire city of Desert Hot Springs. Another one, a few nights later, was loud enough that I heard it over the music playing in my earbuds.

It’s been a while since I’ve personally heard one, but other residents are still reporting them, often leading to discussions among the Desert Hot Springs Neighborhood Group on Facebook. People are demanding answers from Desert Hot Springs Chief of Police Dale Mondary.

Unfortunately, Mondary doesn’t have any.

“Most of (the booms) don’t get called into the police department at all,” Mondary said. “I just notice them on social media when I’m tagged in those posts.”

Mondary said he has no idea what’s causing them.

“We have not been able to pinpoint a specific area,” he said. “Honestly, part of it relates to our geographical location: We’re surrounded by a mountain range, and the sound reverberates. People will call and say, ‘I heard it right here,’ or they post on social media, ‘I heard it right here.’ Then across the town, someone will say, ‘No, I heard it from right here.’ So that’s obviously part of our problem. When we go and check these areas out, we find absolutely nothing—no signs of any explosives going off.”

Has Mondary heard any of these booms himself?

“I have not. Some of my officers have,” he said. “I talked to one of them one night who was up in the southeast part of town and heard it and thought, ‘Ooh, I have to be real close to this, and I’m going to be able to find it!’ Someone else was on the west end of town and heard the same thing and thought it came from the west part of town. That’s just how confusing it is.”

DHS residents have put forth a wide range of theories about the booms, ranging from UFOs to something involving the nearby San Andreas Fault, and from military operations to conspiracies straight out of the Alex Jones/Infowars camp. I thought that perhaps it might involve methane gas escaping from the nearby landfill, but a friend of mine pointed out that such emissions would probably also include a great light show.

Meanwhile, residents keep asking for Mondary to calm their fears by offering an explanation.

“I have no idea what it is. I truly don’t,” Mondary said. “I can’t even speculate as to what I think it is. It can be any number of things.”

Desert Hot Springs residents can take some solace in the fact that they’re not alone—and law enforcement officials and geographical experts in the other places where similar booms are being heard are just as stumped.

The only consensus right now is: “Nobody knows.”