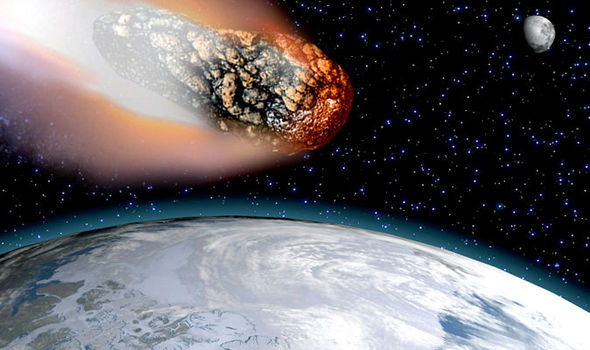 Mysterious asteroid caught the attention of NASA scientists. Even though it won’t hit our planet, NASA is concerned with the potential threat.

Asteroid 2013 TX68 will pass the Earth on March 5, and although scientists are convinced it is ‘unlikely’ to hit us, they say that any potential impact would be catastrophic.

It could pass at a distance of 9 million miles (14 million km), which is a comfortable 35 times farther than the moon. Or it could come as close as 11,000 miles (17,000 km). That’s about half the altitude that our geosynchronous satellites orbit (but it’s not expected that any satellites will be in danger).

The reason for the wide variance in estimates is, essentially, lack of data. The asteroid was discovered and last seen in 2013 by the Catalina Sky Survey. At the time, scientists were only able to gather data on it for three days before it passed in front of the sun and was lost in glare.

Patrick Taysays it’s unlikely astronomers will be able to narrow down the exact distance of the closest approach before the encounter because 2013 TX68 is currently approaching from the direction of the sun, and will remain hidden in glare until it passes.

Once they know more, Taylor believes researchers will be able to keep a close telescopic eye on the asteroid for longer periods of time and determine how fast it rotates, how big it is, and what it’s made of. Astronomers are keen on getting these observations, so they can have a better handle on the asteroids and comets that cross Earth’s orbit, known collectively as Near-Earth objects.

The best estimates put TX68’s size at around 100 feet (30 meters wide). That would make it about 50 percent larger than the one that exploded over Chelyabinsk, Russia three years ago, sending window-breaking shockwaves and injuring about 1,000 people. A similar air blast event from a TX68 sized asteroid would contain two times the energy.