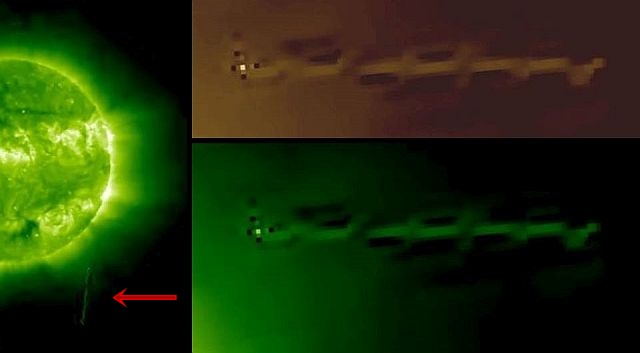 Mysterious Cigar Shaped ‘Light UFOs’ and EMVs Near The Sun

The following footage is a compilation of the mysterious cigar-shaped Light UFOs which appear not only in our atmosphere but also near the Sun.

The video starts with such an object captured by a witness who has submitted his sighting to MUFON and stated:

“I was about to get into my car when I looked up and saw a white rectangular object. Not sure why I happened to look up at that moment.”

“At first I thought it might be a reflection from a spider web, from tree to tree, but realized it was not. It was way above the tree line, and it moved around (back and forth (as seen in the video).”

“I was baffled and so I took a video thinking maybe I was seeing a reflection from the sun. But it showed up on the video as well. Unfortunately, I had to leave so I don’t know what happened to the object.”

The video continues with several Light UFOs captured from different locations including a 2012 image captured by NASA’s sun observation satellite Stereo Behind and shows besides a mothership an EMV in front of the huge craft. 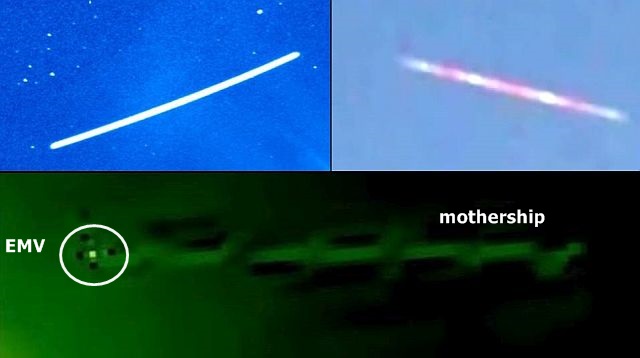 An in-depth analysis on these objects has been carried out by the late BeePeeOilDisaster in 2011, proving that these EMVs are of alien origin. 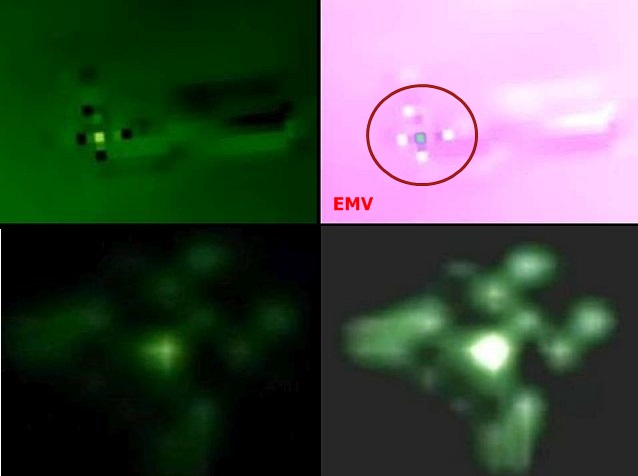 Image bottom left is the original NASA image of a EMV captured near the Sun
Image bottom right is BeePeeOilDisaster’s edited image of the same EMV.

It should be noted that after his publications about these EMVs, BeePeeOilDisaster has been threatened by a certain organization; all his publications on these EMV’s were suddenly blocked as well as the original NASA links showing the clear EMV were removed.