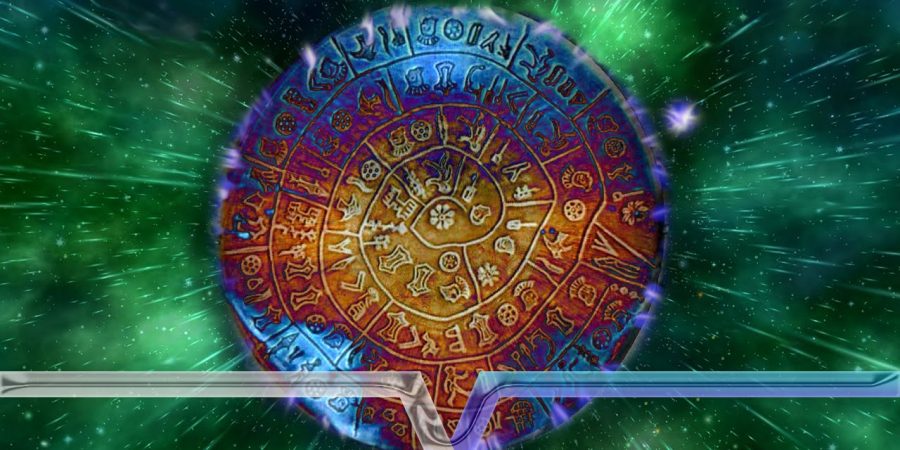 Inside a cave found in the Himalayan mountains, a professor of archaeology and students stumbled upon a very large cache of 12,000 year old stone discs, left behind with several 4 foot tall skeletons. Each stone disc is about one foot wide and features two fine grooves inscribed, spiraling from the edge to the disc’s 0.75″ center hole, almost like the spiral of Golden Mean. The cave where the ancient Dropa Stones were found, the walls were carved with depictions of the sun, moon, and stars, along with several small dots connecting the Earth to the sky.

The 716 mysterious stone discs found are not quite like the Phaistos Disc of Greece, though they are also finely decorated with a series of glyphs. However, Dropa glyphs on the stones are so small that a magnifying glass is required to read them, plus several have succumbed to erosion over the years. Due to both of these factors and the language itself, a definitive translation is still not available. Controversy over non-glyph discs and the researchers attempting to translate the contents has lead skeptics to dismiss any and all credible evidence and related theories. It would be very difficult to decipher a language with an unknown source or without any foundation based on human languages already known about. Until links are found, literally connecting the dots of the Dropa Stones, the translations and true answers remain a mystery.

In 1996 a NASA event called the Space Tether Experiment seemed to show unidentified disc objects gliding around in space and with precise fluid motion. The purpose of the experiment was an attempt of powering on-board equipment through a part dynamo circuit interacting with the Earth’s ionosphere which ended up melting the tether. Video footage clearly shows floating objects of an unknown type streaming through the view. Some are moving very quickly while others maintain moderate speeds. At times they’re flashing and blinking when closer to the camera, and appear to be in the same shape as Dropa Stones; Circular with a hole in the middle and evident notch cut-outs. Some believe the UFO’s are purposefully left out of focus as an attempted cover up, but if that’s the case, why would NASA even release the video? Maybe faulty camera equipment is to blame, or maybe these strange image artifacts are reflections of equipment panels inside the ship through thick view-ports. Of course though, space Dropa Stones seem to be moving and acting in ways beyond our current technological capabilities.