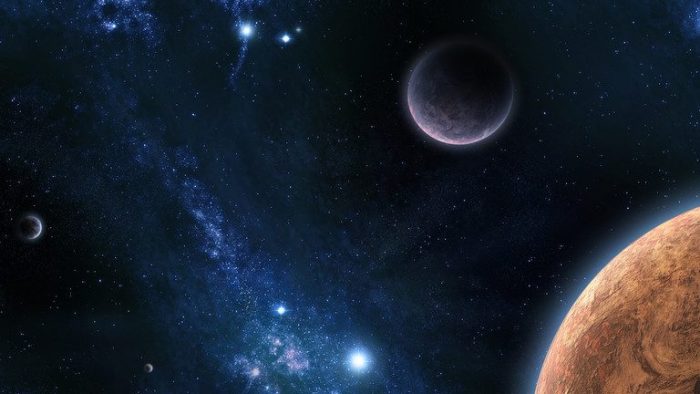 “…evidence of a mysterious planet up to 10 times bigger than Earth, with a distant orbit around the Sun, has been unveiled by professor of astrophysics at Imperial College of London…”

An object lurking in the outer region of our solar system may well be the elusive Planet 9, a leading British astronomer has suggested after digging through the telescope archives of 250,000 point sources.

Possible evidence of a mysterious planet up to 10 times bigger than Earth, with a distant orbit around the Sun, has been unveiled by professor of astrophysics at Imperial College of London, Michael Rowan-Robinson. Aiming to prove – or rule out – the existence of another big planet beyond Neptune, the UK scientist decided to conduct a new analysis of data collected by the Infrared Astronomical Satellite (IRAS) in 1983.

The astronomer has looked through some 250,000 point sources detected by the telescope, which took a far-infrared survey of 96% of the sky. Having analyzed the data, keeping in mind the hypothetical planet’s size and distance, “at the very limit of the survey,” he singled out a moving object that the satellite picked out on three occasions.

The candidate for Planet 9 would be up to five times the mass of Earth, according to the IRAS data. Its orbital distance would be some 225 times farther than that of our planet, equaling about 33.7 billion kilometers (20.9 billion miles) from the Sun.

If the enigmatic object is indeed rotating around the Sun at such a distance, it would be extremely cold and not much sunlight would be reflected by it, making it even more elusive and harder to find. While the latest study is not a clear detection, it could be valuable as guidance for where exactly to search for the new planet, the astronomer concluded.

“Given the great interest of the Planet 9 hypothesis, it would be worthwhile to check whether an object with the proposed parameters and in the region of sky proposed, is inconsistent with the planetary ephemerides,” he wrote in the preprint paper, accepted for publication in the Monthly Notices of the Royal Astronomical Society.

A debate on the possible existence of an undiscovered planet in our solar system has been ongoing for decades. With no concrete evidence found, there has been speculation about its presence, mainly based on the gravitational clustering of objects in the system’s outer reaches. Several years ago, a suggestion was put forward that a group of icy objects that lie beyond the orbit of Neptune in the Kuiper Belt are possibly under the gravitational influence of a larger mysterious body, possibly Planet 9. The claim was based not on observation, but on modeling.

Currently, the eighth and farthest known planet from the Sun is Neptune. In the last century, Pluto, discovered in 1930, was regarded as the ninth planet, but a controversial vote at the International Astronomical Union (IAU) in 2006 formally excluded it from the solar system’s ‘planets’, and reclassified it as a dwarf planet.