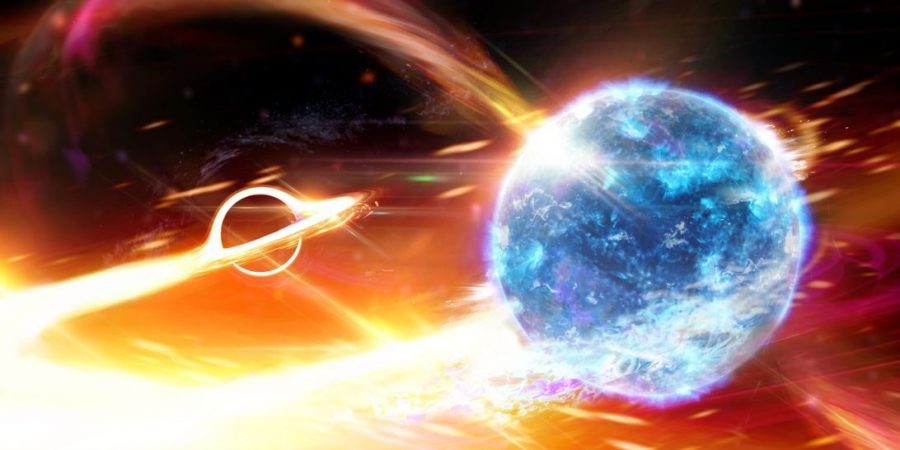 On Aug. 14, 2019, a gravitational wave — a massive ripple through the fabric of space-time — washed over the Earth. The wave was detected by sophisticated, fine-tuned lasers in the US and Italy. And it was astonishing. While the lasers had previously picked up black hole collisions and neutron star collisions, they were now suggesting something unprecedented: a black hole smashing into a neutron star.

The signal was one of the strongest ever seen by the gravitational wave scientists at the Laser Interferometer Gravitational-wave Observatory and Italy’s Virgo observatory. After an alert was sent out moments after detection, teams of astronomers across the world turned their telescopes to the point in space that the wave emanated from.

But their searches came up empty. No light, no X-rays, no infrared, no gamma rays.

The event was puzzling. And it became more puzzling as scientists began to pore over the data. On Tuesday, researchers from the LIGO and Virgo collaborations detail their full analysis of the gravitational wave detection, dubbed GW190814, in The Astrophysical Journal Letters. It’s the first detailed study of the epic cosmic collision, and it only deepens the mystery.

“GW190814 is, I think, the first time we’ve observed gravitational waves where the source of the waves is genuinely puzzling,” said Rory Smith, an astrophysicist at Monash University in Australia. “I’ve been in LIGO for just over 10 years now, and this is certainly one of the most exciting events we’ve seen.”

The key to the research are the two LIGO facilities and the Virgo facility which can detect gravitational waves. Extreme astronomical objects like black holes and neutron stars send out waves across the cosmos when they collide. The facilities are essentially listening in to the sounds of massive cosmic beasts colliding with each other — and then working backward to understand their physical characteristics.

Smith and his colleagues have been working on simulating these types of collisions using supercomputers, which help perform that back-calculation and can infer what the objects are, their likely masses and their whereabouts.

“We use fancy parallelized algorithms which can run our analyses on a supercomputer cluster containing many hundreds, or thousands of individual computers,” he said. “Running the same analysis on your laptop would have taken around 50 to 100 years.”

The observations show GW190814 pair collided around in a deep corner of space, 800 million light-years away. One half of the pair is definitely a black hole, about 23 times more massive than our sun. But its dancing partner is mysterious — the other object is only around 2.6 times more massive than our sun, which puts it in a weird position. It could be a neutron star, that possibility is still on the table, but it might also be a black hole. And that’s a slight problem.

“It’s hard to explain how either a black hole or a neutron star could be around 2.6 solar masses,” Smith said.

Scientists have never detected a black hole that’s so light. Neutron stars are not expected to be that heavy — they collapse into black holes when they get too big. So the mysterious object seems to be some sort of Goldilocks star that doesn’t fit our current understanding. Whatever it turns out to be, it will rewrite our knowledge on one of the two extreme objects.

Intriguingly, if it is an ultra-heavy neutron star, Smith says “perhaps even new physics would be required to explain it.” If it’s a light black hole, then our understanding of how and where the light-hungry cosmic beasts form will be rewritten. It’s a win-win scenario for science.

GW190814 is only the second time a gravitational wave detection has found a significant discrepancy in the mass of the objects. A collision between two black holes detected on April 12, 2019 and dubbed GW190412, showed a mass difference of over 20 solar masses. These great differences are incredibly helpful: They allow researchers to test Einstein’s theory of General Relativity. Both GW190814 and GW190412 fit with Einstein’s predictions — so we haven’t broken physics (yet).

GW190814 is exceptionally rare. We’ve only seen one of these events in three years of observation and it’s going to be a while before we find some more. The LIGO and Virgo detectors have been shut down since March, ending their last observation run early due to the coronavirus pandemic and won’t be back online until late next year.

“Our detectors are currently being upgraded, so they will be more sensitive when they turn on,” said Smith. “At that point we expect to see not only more systems like GW190814, but probably other unexpected sources of gravitational waves too.”

That leaves a lot of room to try and explain the mysterious object. Is it a black hole? Is it a neutron star?

“Theorists have a lot of fun work ahead of them trying to explain GW190814!” said Smith.