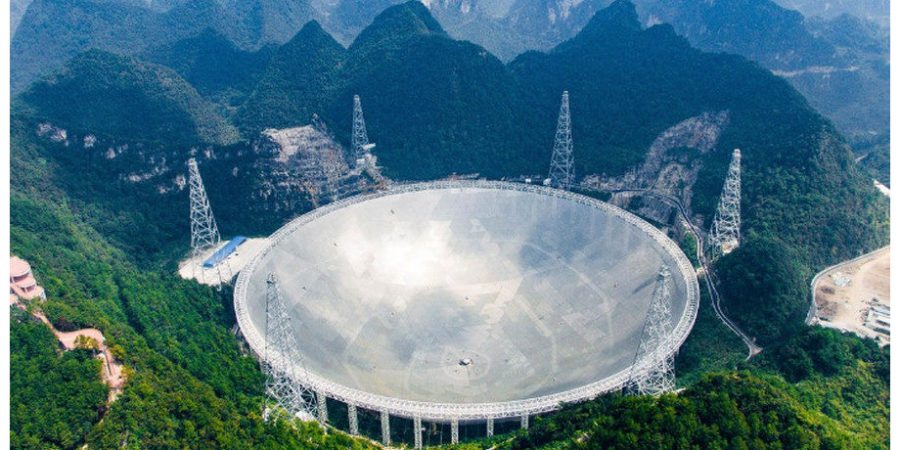 Scientists on the FAST project with the National Astronomical Observatories of China, part of the Chinese Academy of Sciences, revealed the news to China Daily on Wednesday.

The FRB originated some three billion light years away from Earth. Interference factors including aircraft and satellites have been eliminated and cross validation is being carried out, the scientists said.

FRB is one of the hottest topics in astronomy. It was not until 2007 when the first FRB was discovered by humans. Fewer than 100 FRBs have been detected internationally to date.

There is still no cohesive explanation for the origin of FRB in the international scientific community at present. FRBs mostly only appear once, which makes them very hard to track.

The FRB detected by FAST’s real-time detection terminal, however, is one that has been observed before, said Zhang Xinxin, an assistant engineer with the NAOC.

Known as FRB121102, it was first discovered in 2012 and found to repeat in 2015. Analysis of data later located the source of the signal coming from a dwarf galaxy three billion light years away.

The first pulse from FRB121102 was spotted by FAST on Aug 30. After this, the telescope recorded dozens of pulses from the FRB over the course of days. On Sept 3 alone, more than 20 pulses were detected.

The number of enigmatic bursts detected so far is too small to draw any conclusions, Zhang said. FAST, the world’s largest single-dish radio telescope, has a certain edge in detecting repeated FRBs.

This is because the 19-beam receiver installed on FAST, covering frequency ranges of 1.05 – 1.45 GHz, is very sensitive to radio signals, Zhang said.

Scientists of the FAST project will adjust the debugging observation missions of the telescope to conduct follow-up observations of FRB121102 as it is currently in a period of activity, Zhang said.

It is hoped other telescope facilities around the world will also carry out observations, she added. More samples are expected to contribute to research on the origin and physical mechanism of the FRBs, she said.