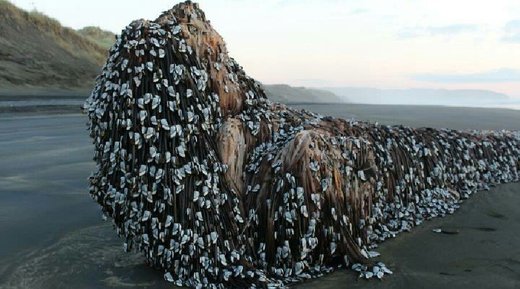 A shaggy object covered from top to bottom in barnacles has washed up on Muriwai Beach in Auckland.

The bizarre spectacle was photographed by local resident Melissa Doubleday who posted it up on the Muriwai & Waimauku Area Community Group Facebook page to ask for second opinions.

“Just curious to know if anyone knows what this is??! Washed up on Muriwai Beach,” she wrote.

A strange object has washed up on a beach in New Zealand sparking a social media debate about what it could be https://t.co/ulzLXuIQfQ

The image has since gone viral online with Internet users debating over what it could be. The suggestions so far have ranged from a washed up sea monster to a large piece of driftwood.

“I actually thought it was a washed up whale as I approached it, so weird,” said Doubleday. “It looks like worms with shells I’ve never seen before with these funny creatures just [coming] out.” 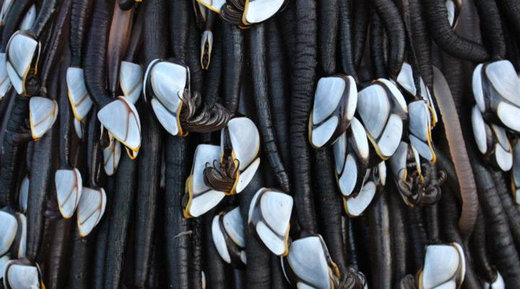 The post was inundated with a variety of wild suggestions which ranged from a Maori canoe to a Rastafarian whale to the Predator from the eponymous Arnold Schwarzenegger film.

Many commentators claimed it was a piece of driftwood covered in gooseneck barnacles.

That suggestion holds water as these filter-feeding crustaceans are often found in large numbers attached to driftwood. They also use their flexible stalks to attach to other hard objects such as the hulls of ships, piers or rocks.

The perplexing find has been dubbed the ‘Muriwai monster’.