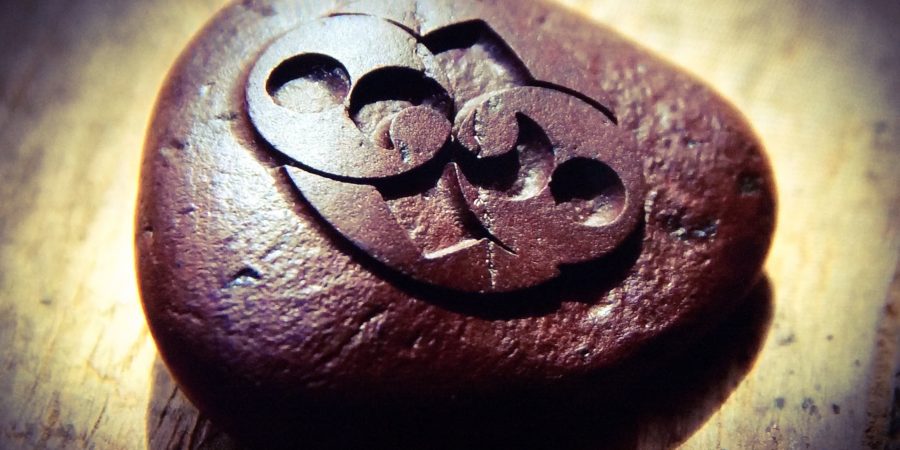 Mystery Rock Found at Roswell ‘UFO’ Crash Site, Could it be a Genuine Alien Artifact?

A bizarre object known as the Roswell Rock continues to spark wild conspiracy theories – 13 years after it was found.

The rock, discovered back in 2004, features a mysterious pattern and reportedly unusual magnetic properties.

It was found close to the site of the alleged UFO crash site in Roswell, New Mexico.

And now the discussion has resurfaced after Tyler Glockner, founder of alien hunting website Secure Team 10, made a video to discuss its origin.

Tyler says: “It was discovered back in 2004, sticking out of the dirt in Roswell, New Mexico, in a basically barren, empty area of desert close to where the infamous Roswell crash occurred.”

The Roswell crash in 1947 is one of the most exhaustively investigated (and debunked) UFO conspiracy theory .

A United States Air Force balloon that crashed at a ranch near Roswell, Mexico, led many conspiracy theorists to believe that the ‘air balloon’ was actually an alien spacecraft and that extra-terrestrial bodies had been found and covered up by the military.

Interest in the UFO theory peaked in the 1970s and still persists to this day, despite a report released by the US military in the 1990s which revealed that the object was actually a nuclear test surveillance balloon.

Robert Ridge was the man who supposedly found the mysterious rock, which he took home and cleaned before he allegedly realised the object’s significance.

Tyler adds: “The rock was very smooth, rounded, and it contained these mysterious symbols that looked to show almost what looks like a lunar cycle of the Moon.

“It’s been theorised that this rock may have been part of the wreckage from the Roswell crash. 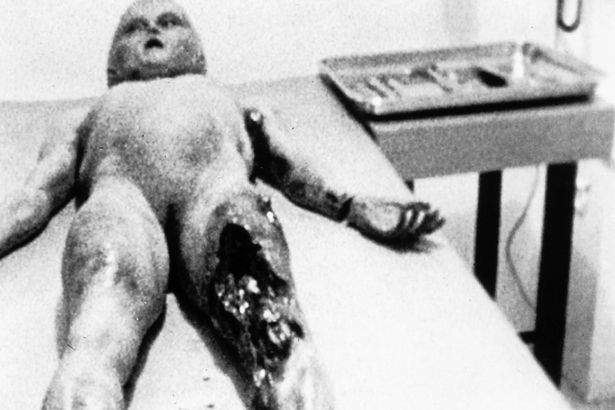 “Or, that this rock – which is said to hold some very mysterious powers, was actually left behind by a previous alien visitation, and that the Roswell crash was what occurred when these aliens had come back to Earth to retrieve the mystery rock.”

Radiologists have since analysed the rock and allegedly confirmed that the rock does not contain any magnets inside.

Tyler’s video has now been viewed more than 97,400 times since yesterday.

One viewer wrote: “I believe in extra-terrestrials but I’m pretty skeptical about a man finding a random rock out in the middle of the desert, he must have been looking real hard because you can’t tell me that thing would be easy to spot with all the other rocks in the desert.”

But another YouTube user was less cynical, adding: “The Roswell Rock was found between the mountain & the crash site.

“The Rock has been CT scanned, X-rayed, dated, material tested & everything they can think of! It is a genuine rock and has not been altered.

“The design on the rock is reverse imprinted – meaning the design is raised, not imprinted.

“It is thought to be some sort of encrypted “key” based on the raised-print & strange magnetic properties.

“(The magnetic properties do not act like a normal magnet but have some other interesting properties.﻿)”