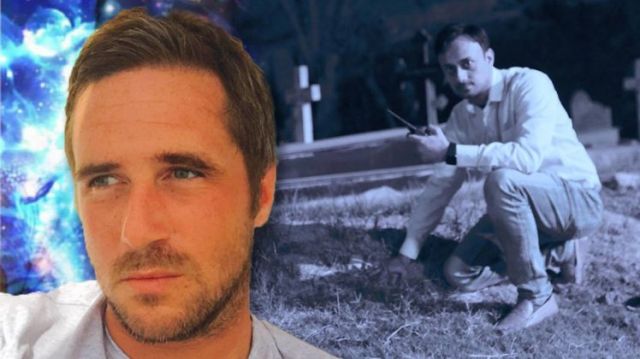 Did Max Spiers really die of natural causes or did someone want him dead ?

A conspiracy theorist, who was found dead in Poland, had texted his mum to say ‘If anything happens to me, investigate’ just days before his death.

Max Spiers, 39, was found dead on a couch, where he had gone to give a talk about conspiracy theories and UFOs in July, according to The Sun.

The father of two was ruled to have died of natural causes, however his mother claims there was no post-mortem examination carried out on his body in Poland.

A post-mortem was later conducted carried out by a pathologist in east Kent.

Spiers had launched investigations into UFOs and government cover-ups, which is mother believes could have made him enemies who wanted him dead.

Only days before he died Spiers wrote a chilling text to Vanessa Bates, 63, which read: “Your boy’s in trouble”.

He advised if anything happened to him to investigate further.

“He was making a name for himself in the world of conspiracy theorists and had been invited to speak at a conference in Poland in July,” Ms Bates said.

“He was staying with a woman who he had not known for long and she told me how she found him dead on the sofa.

“But I think Max had been digging in some dark places and I fear that somebody wanted him dead.”

Spiers had made a career of investigating UFOs and alleged cover-ups, he had become known for probing into the lives of well-known political figures, business people and artists.

Conspiracy theories have long questioned whether UFO chasers who get to close to the truth are killed.

“Max was a very fit man who was in good health and yet he apparently just died suddenly on a sofa,” she said.

She said she had been refused her requests to see paperwork on her son’s death, because she didn’t have “written permission”.

Editor’s comment: Sadly this is not the first or only death in this field that was surrounded in mystery and peculiar circumstances.

What do you think, just a random act or do you feel someone felt he knew too much or was about to find out too much?