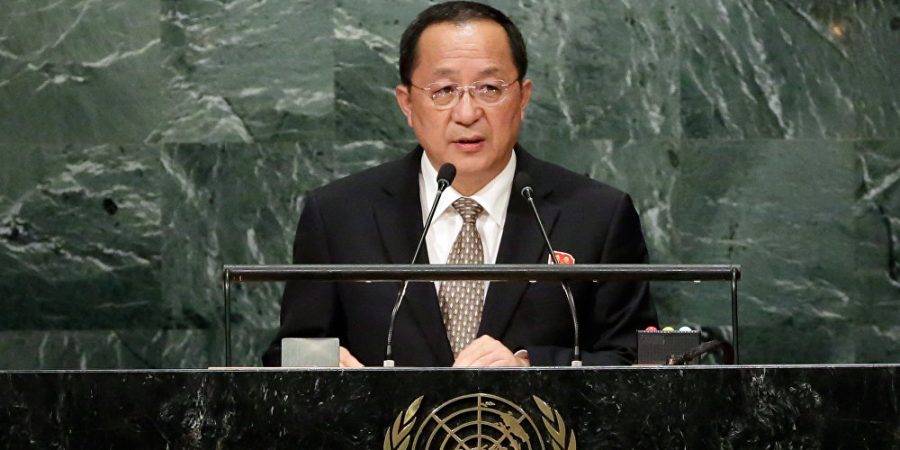 Pyongyang claimed on Saturday that launching ballistic missiles toward the US is “inevitable all the more” due to US President Donald Trump’s labelling of DPRK leader Kim Jong-un as “rocket man”.

Just hours after USAF B-1B nuclear-weapon-capable bombers flew close to the northern nation, North Korean Foreign Minister Ri Yong Ho in his statement to the United Nations General Assembly on Saturday said that Pyongyang’s launch of missiles toward the US was “inevitable all the more,” although he did not specify more details.

Referring to Trump as “Mr. Evil President,” Ri continued the ongoing escalation of rhetoric between the two nations, most recently capped by DPRK leader Kim Jong-un calling the US president “mentally deranged” and a “dotard,” on Friday.

“Due to his lacking of basic common knowledge and proper sentiment, he tried to insult the supreme dignity of my country by referring it to a rocket. By doing so, however, he committed an irreversible mistake of making our rockets’ visit to the entire US mainland inevitable all the more… We will make sure that he [Trump] bears consequences far beyond his words, far beyond the scope of what he can handle even if he is ready to do so,” the minister said in his address to the UN General Assembly.

Ri also said that the US president is attempting to turn the UN into what the former referred to as a “gangsters’ nest,” adding that Trump is personally on a “suicide mission”.

Ri stated that Trump must remember that Pyongyang would defend itself if the US attempted a “decapitating operation on our headquarters or military attack against our country.”

He also pointed out that the US president would be responsible for all the “innocent lives” lost a result of a possible military conflict.

“In case innocent lives of the US are lost because of this suicide attack, Trump will beheld totally responsible,” Ri added.