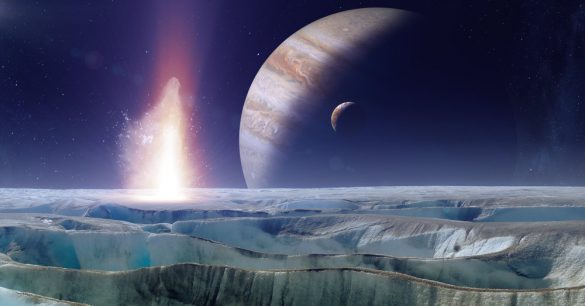 While Mars was the favorite candidate for alien life for decades, the rover-led search for life on Mars has turned up a disappointing lack of evidence (or did it?). If there was ever life on Mars, it has likely been gone for millions of years. As a result, NASA has turned its attention instead to some of the moons of distant planets in our solar system. 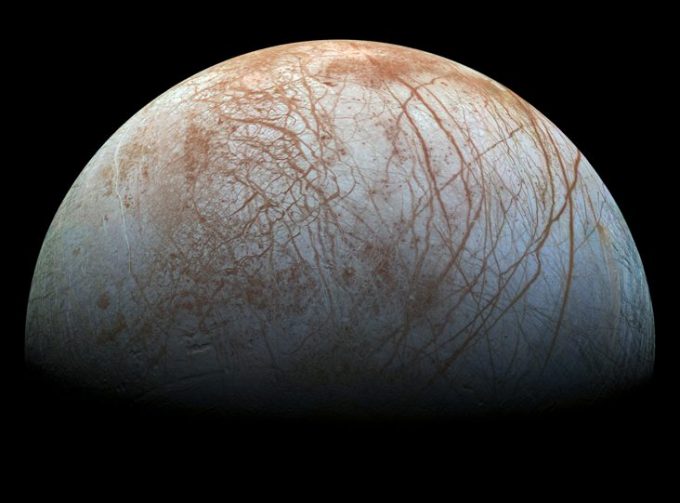 Tantalizing geological evidence of subsurface oceans on Saturn’s moon Titan has some NASA scientists convinced that the conditions necessary to create and sustain alien life could be present on the frozen moon. More exciting is the news coming out of the study of Europa, a tiny ocean-covered moon of Jupiter. NASA has discovered a wealth of data about conditions on Europa that has some astronomers speculating that Europa’s cold, deep oceans might harbor life near the moon’s warm core. 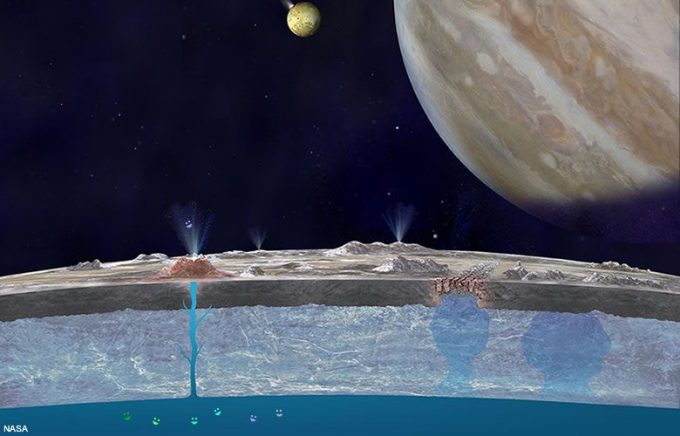 In this NASA image, potential alien life is represented by technicolor smiley faces.

This data has some NASA scientists so convinced of the possibility of life on Europa that the agency has released an official report outlining a new Europa lander mission. The 264-page report details how the new Europa Lander will be the first surface-based search for life since the Mars Viking missions of the 1970s:

The Europa Lander mission would be a pathfinder for characterizing the biological potential of Europa’s ocean through direct study of any chemical, geological, and possibly biological, signatures as expressed on, and just below, the surface of Europa. 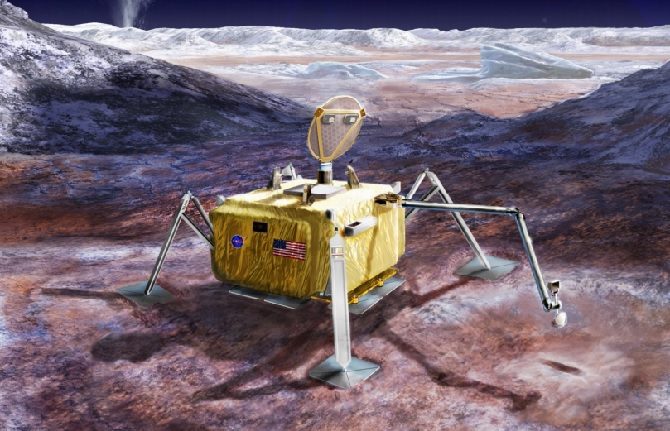 And come on, who doesn’t love a good lander mission?

The report lists various studies of three Earthly ecosystems which have similar geological conditions to Europa’s: deep, lightless polar oceans, subglacial aquatic environments, and “cold, deep brines.” Life has been found in these harsh, unforgiving conditions on Earth, giving hope that Europa’s cold dark waters could sustain microbes at the very least. Me, I’ve got my hopes set on giant two-headed radioactive space whales. NASA’s already got deep space submarines in the works to explore alien oceans, so all we need to do is get one to Europa and bingo: space seafood – I mean, interesting scientific research. We’re all looking at you, Elon Musk. 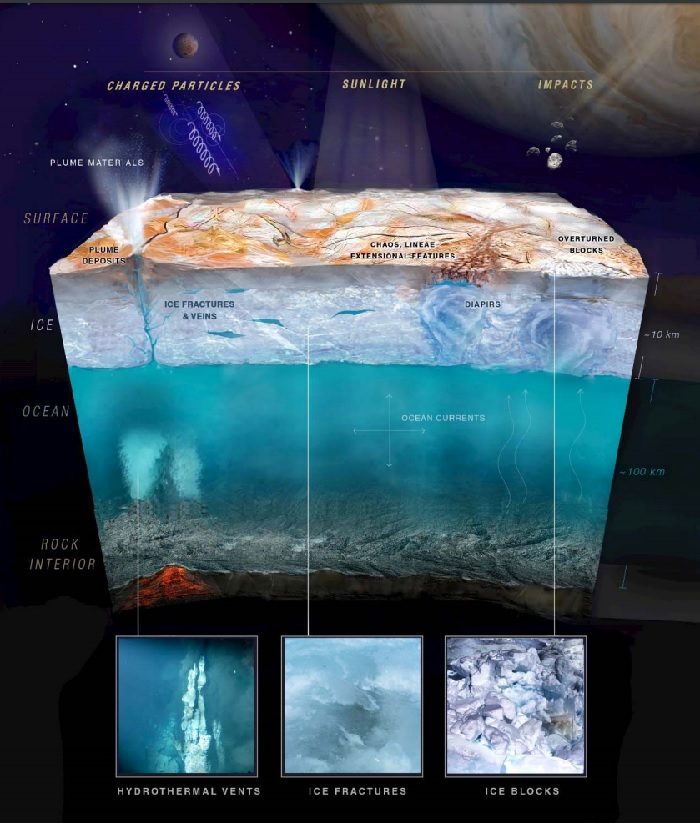 A NASA image shows possible ecosystems that could sustain life on Europa.