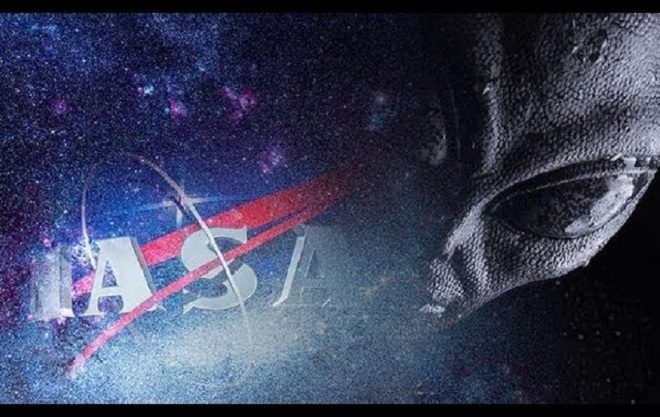 NASA finally addressed long-running conspiracy theories that it had already found alien life but the evidence is being kept hidden from the public.

For years so-called alien truth seekers have made staggering claims that evidence of aliens has been found on the Moon, Mars, and elsewhere in the solar system.

However, they claim NASA, at the request of the US Government, keeps it hushed up amid fears over the impact the public knowledge would have on religion and the rule of law, possibly leading to anarchy.

NASA, which is at the centre of many conspiracy theories, including claims Apollo Moon landings were faked, usually avoids responding to them, amid fears it may just fuel further similar claims.

However, a top scientist at the agency has now addressed the furore head on.

During a Reddit Q&A the agency held about the announcement it had found another solar system with eight orbiting planet like our own – the Kepler90 system 5,500 lights years away, the US space agency spoke out.

One supporter of the conspiracy theory that NASA is hiding the truth about aliens, with the user name Tangled-Wires, asked: “Obviously we are not alone so my question is when will NASA admit other life forms are plentiful out there?”

Paul Hertz, Astrophysics Division director at NASA Headquarters in Washington, hit back with a categorical denial of any cover up.

He even vowed NASA will be open with the world as soon as it finds any evidence of of extraterrestrial life.

He said: “The only life we know about is on Earth. NASA is always looking for life out there, and when we find it, we will tell you.”

Tangled_Wires failed to come back with a response, however, another conspiracy theorist used the Q&A to try and catch out the space agency.

The person with the username Shardok presumably believes the conspiracy theory that the International Space Station is not actually in orbit of earth and has been hoaxed in a studio.

Shardok said: “So there’s no life orbiting the Earth! Ahha! I knew it was all a conspiracy and NASA just admitted such.”

Mr Hertz did not respond to this jibe.

NASA is convinced it will one day find life outside of Earth, but far from intelligent aliens, it expects to find simplistic life forms in water somewhere.

Potential candidates are internal oceans thought to be inside Pluto and one of Saturn’s moons Enceladus.

Some NASA scientists have speculated we will have confirmation of life elsewhere within the next 20 years.