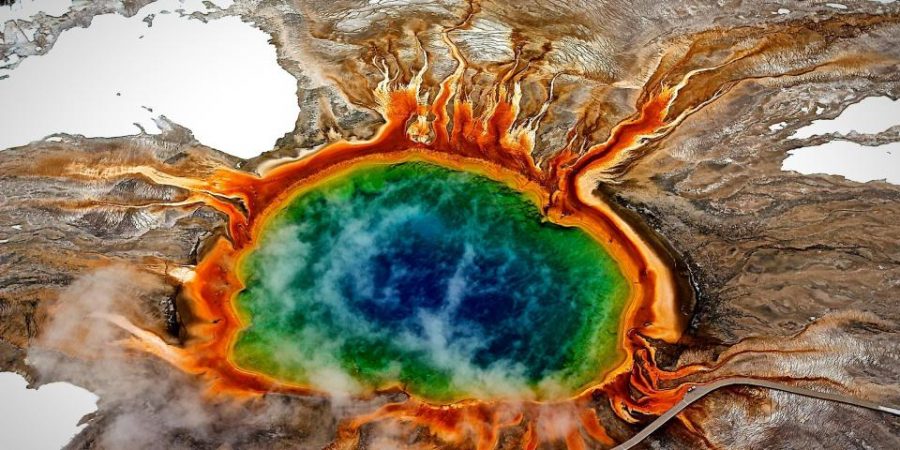 NASA Playing With FIRE, Planning To ‘Cool Off’ Yellowstone Volcano

A recent bout of earthquakes has sparked fears the supervolcano under Yellowstone could erupt.

Brian Wilcox has shared a report on the natural hazard that was previously unseen outside the space agency.

The former member of the NASA Advisory Council on Planetary Defence spoke of the devastation that could be wrought by an eruption.

He also revealed that the methods the agency is considering to prevent one could also cause the volcano to go off by accident.

One of the “risky” plans includes drilling to the bottom of the the volcano and using high pressure water to release heat from the magma chamber.

He told the BBC: “I was a member of the NASA Advisory Council on Planetary Defense which studied ways for NASA to defend the planet from asteroids and comets.

“I came to the conclusion during that study that the supervolcano threat is substantially greater than the asteroid or comet threat.”

There are 20 known supervolcanoes which have the potential to erupt and have a major effect on the global climate.

Major blasts occur on average every 100,000 years with the last one coming 26,500 years ago in New Zealand.

One of the plans to deal with the Yellowstone volcano involves shooting water into a “magma chamber” beneath the earth in Wyoming. 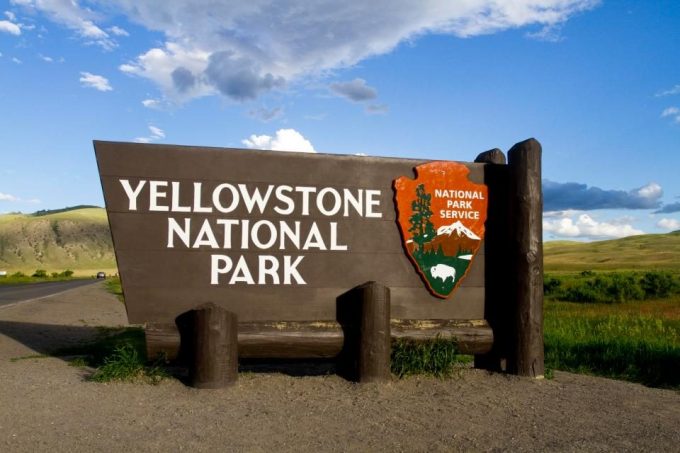 The enormous volcano lies beneath the American National Park

The volcano currently leaks about 60 to 70 per cent of its heat into the atmosphere through water that seeps beneath the surface through cracks in the ground.

The space agency has considered trying to artificially cool down the volcano by 35 per cent to make it no longer a threat.

NASA has considered drilling up to 10km down into the supervolcano to pump down water at high pressure.

The circulating water would return at a temperature of around 350C and slowly extract heat from the magma beneath the National Park’s surface.

Despite the fact that the mission would cost £2.7 billion, NASA considers it “the most viable solution.”

Last month fears were mounting the supervolcano which could kill 90,000 may be about to erupt after being struck by over 400 quakes in a week.

The volcano in Yellowstone National Park has just recorded the number of tremors for a single week in the last five years.

A total of 464 were recorded at the nature reserve which straddles the US states of Montana, Wyoming and Idaho.

Beneath the land in the American west lies one of the world’s largest and most dangerous supervolcanos.

The bout of seismic activity has prompted fears the lava-filled beast could be about to erupt.

If it were to erupt, the blast would be 1,000 times more powerful than the 1980 eruption on Mount St Helens in Washington, which killed 57.

Scientists from the University of Utah, responsible for monitoring the supervolcano said the biggest quake in the past week was a 4.5 magnitude hit on June 15.

The volcano boffins said: “The epicenter of the shock was located in Yellowstone National Park, eight miles north-northeast of the town of West Yellowstone, Montana.

“The earthquake was reported felt in the towns of West Yellowstone and Gardiner, Montana, in Yellowstone National Park, and elsewhere in the surrounding region.”

The 4.5 magnitude quake is the largest to hit the supervolcano since a 4.8 quake struck in March 2014.

The sleeping giant has laid dormant for 700,000 years but scientists have said they cannot rule out the possibility that it one day could awaken and kill thousands.

They added: “This is the highest number of earthquakes at Yellowstone within a single week in the past five years, but is fewer than weekly counts during similar earthquakes swarms in 2002, 2004, 2008 and 2010.” 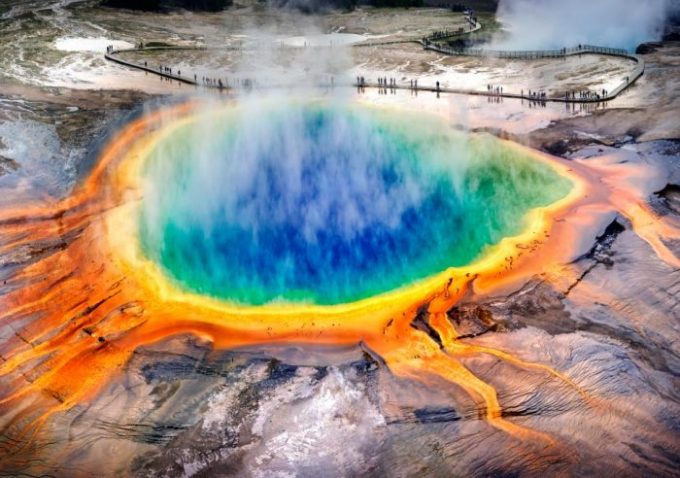 Although the volcano hasn’t erupted in 700,000 scientists have not been able to rule out the possibility it could erupt again

The scientists have said that the chances of an eruption are extremely slim, however if it did happen, the blast would impact the entire world.

A statement from the University of Utah read: “Yellowstone hasn’t erupted for 70,000 years, so it’s going to take some impressive earthquakes and ground uplift to get things started.

“Besides intense earthquake swarms, we expect rapid and notable uplift around the caldera.

“Finally, rising magma will cause explosions from the boiling-temperature geothermal reservoirs.

“Even with explosions, earthquakes and notable ground uplift, the most likely volcanic eruptions would be the type that would have minimal effect outside the park itself.”