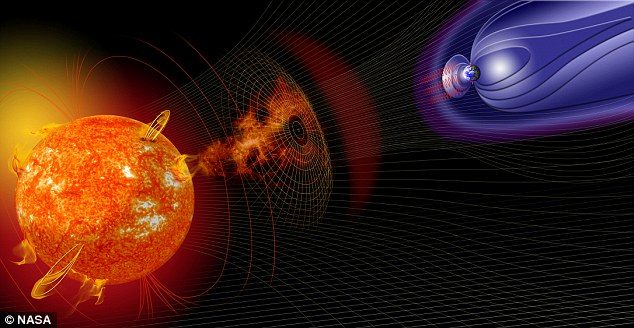 The last year was a gruesome one for marine life around the world. In nearly every continent, unexplained mass deaths of sea creatures occurred, littering the world’s beaches with stinking, half-rotted corpses. While a variety of causes and, of course, climate change have been cited, no official explanation has been put forward for this recent string of mysterious marine die-offs. Now, a NASA scientists has issued a statement claiming that a little-understood galactic phenomenon might lie behind these animal deaths: solar storms. 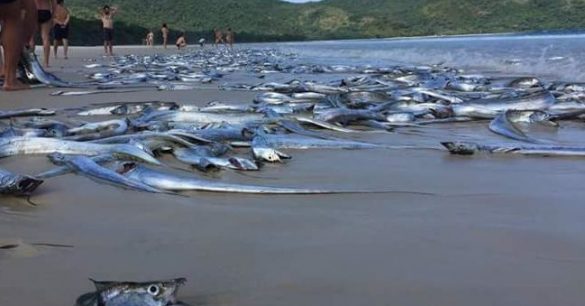 According to a press release issued by NASA’s Goddard Space Flight Center, heliophysicist Antti Pulkkinen has joined forces with the federal Bureau of Ocean Energy Management, or (BOEM) and the International Fund for Animal Welfare (IFAW) to study any possible link between increased solar storm activity and mass marine animal deaths. According to the release, these unexplained deaths might be able to be solved with the help of NASA’s massive collections of astrophysical data:

What we’re going to do is throw cold, hard data at this. It’s a long-standing mystery and it’s important that we figure out what’s going on.

Pulkkinen claims that since solar storms are known to disrupt the Earth’s magnetic field, these storms could, in theory, disrupt animal’s sense of direction:

Theories as to the cause include magnetic anomalies and meteorological events, such as extreme tides during a new moon and coastal storms, which are thought to disorient the animals. It has been speculated that due to the possible magnetic-field sensing used by these animals to navigate, magnetic anomalies could be at least partially responsible

Many animals are believed to have a sense which humans do not, known as magnetoreception. This sense, if it exists, might explain how many animals can migrate thousands of miles to return to specific locations without the use of maps. If this sense is behind these deaths, it would make sense given several events over the last few years which were found to disrupt the Earth’s magnetic field, causing issues with satellites and radio communications.

To determine if these events might be behind some of the recent marine die-offs, Pulkkinen and his NASA team will gather data from NASA’s space weather databases along with marine death data gathered by the BOEM and IFAW to try and find a correlation between solar storms and marine deaths. If a correlation is found, well…at least we’ll have a day or two of notice to avoid the beach. Everyone knows the mountains are better anyway.