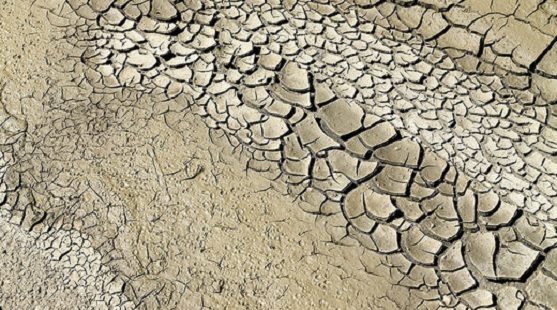 New satellite radar data reveals that excess pumping of groundwater in Central California and a prolonged drought have caused the state to “sink” by as much as 2 feet in the last two years, threatening critical infrastructure.

“Several trouble spots identified…continue to subside at rates as high as 2 feet (0.6 meters) a year. Significant subsidence was measured in two subsidence bowls located near the towns of Chowchilla, south of Merced; Corcoran, north of Bakersfield. These bowls cover hundreds of square miles and continued to grow wide and deeper between May 2015 and September 2016,” stated the report’s findings, released on Wednesday.

NASA Warns That California is Sinking Into the Ground @soynadieorg https://t.co/iw1dDEC77h pic.twitter.com/BqEfZSNBvv

The report found subsidence intensified near Tranquility in Fresno County during the past year, “where the land surface has settled up to 20 inches in an area that extends 7 miles.” There is also subsidence in Sacramento Valley, and “for the first time in Sierra Valley, north of Lake Tahoe, shows about 6 inches of subsidence.”

While the report states that since the 1920s excessive pumping of groundwater from Central California wells has caused some land to subsidence, the new results are worrying. Satellite data reveals that some areas are sinking faster than previously understood.

“The rates of San Joaquin Valley subsidence documented since 2014 by NASA are troubling and unsustainable,” said DWR Director William Croyle. “Subsidence has long plagued certain regions of California. But the current rates jeopardize infrastructure serving millions of people. Groundwater pumping not puts at risk the very system that brings water to Sand Joaquin Valley. The situation is untenable.”

The radar mapping was focused on the California Aqueduct, the main artery of the State Water Project, which supplies 25 million Californians and nearly a million acres of farmland.

The aqueduct is a system of canals, pipeline and tunnels that carries water 444 miles from the Sierra Nevada and Northern/Central California valleys to Southern California.

“If you see a subsidence bowl, then something is going on at the center of the bowl that is causing the land to sink – for example, high levels of groundwater pumping,” said report co-author Cathleen Jones of the Jet Propulsion Lab. “We can locate problem spots so the state can focus on those areas, saving money and resources. We find the needle in the haystack, so to speak.”