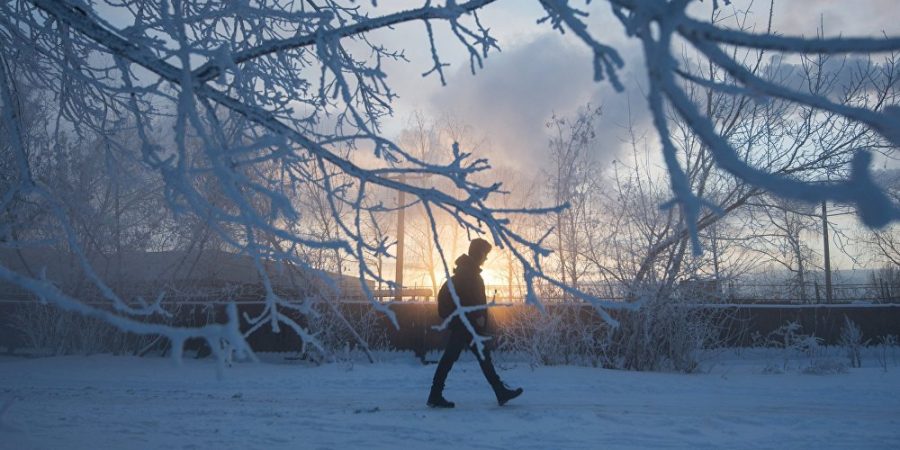 Regulars to this website would know we support the cooling theory and have been posting articles related to the decline of sunspots, and the cooling that will be coming as a result. Well now it looks like that can no longer deny it.

“…scientists are predicting one of the coldest periods ever recorded for our upper atmosphere – and that means cooler temperatures down here, too”

The sun is headed towards its solar minimum, a time of far less energy output. That could mean cold winters are on their way, according to officials from NASA, the US space agency.

“We see a cooling trend,” Martin Mlynczak of NASA’s Langley Research Center said in late September. “High above Earth’s surface, near the edge of space, our atmosphere is losing heat energy. If current trends continue, it could soon set a Space Age record for cold.”

NASA’s SABER [Sounding of the Atmosphere using Broadband Emission Radiometry] instrument aboard the TIMED [Thermosphere Ionosphere Mesosphere Energetics and Dynamics] satellite has been tracking the upper parts of the Earth’s atmosphere – those most affected by the sun’s rays – since 2001 and is detecting signs that solar output is nearing a low-point.

“The thermosphere always cools off during Solar Minimum. It’s one of the most important ways the solar cycle affects our planet,” Mlynczak, who is the associate principal investigator for SABER, told Space Weather.

The sun runs on an average cycle of nine to 14 years from maximum to minimum output, as indicated by the number of sunspots astronomers observe. With only a month and a half to go in 2018, the year has been shockingly devoid of sunspot activity. On August 29, 132 of the 241 days of the year had been without sunspots, Universe Today reported at the time – that’s more than 10 times less activity than during solar maximum. The last solar minimum was in 2009.

TIMED isn’t the only tool NASA scientists use to study the sun, though. The Solar Dynamics Observatory satellite and the STEREO-A and -B spacecraft, along with the NASA/European Space Agency’s jointly operated Solar and Heliospheric Observatory (SOHO) satellite monitor the sun’s magnetic activity and ultraviolet output, among other behavior by our closest star, Universe Today noted.

The 21st century has in general shown some lackluster maxima as compared to the previous century, with the 2014 solar maximum being derided as a “mini-max” by NASA astronomers.

Ron Turner a Senior Science Advisor to NASA’s Innovative Advanced Concepts program, said at the time that this solar cycle was “among the weakest on record,” noting that in the 23 solar cycles since recording began in 1755, there were very few solar maxima weaker than that recorded in 2014.

As a consequence, scientists are predicting one of the coldest periods ever recorded for our upper atmosphere – and that means cooler temperatures down here, too.

“We’re not there quite yet,” Mlynczak said about the anticipated record low thermosphere temperatures, “but it could happen in a matter of months.”

There are other factors that influence the weather down here on Earth, too, perhaps the most important of which is the El Nino Southern Oscillation (ENSO), but also the growing dynamic of global warming caused by industrial emissions. An increasing number of meteorologists are predicting a so-called El Nino Modoki, from the Japanese word for “almost.” As CBS explains, the difference from a “full” El Nino produces vastly different weather in places like the West Coast of North America, creating the windy, dry conditions that are driving the huge wildfires devastating the US state of California.

In addition, Universe Today notes that much of the recent data about anthropogenic climate change and its effects on increasing temperatures have been made amid a general solar cooling trend during the last few decades, meaning that global warming is happening despite the sun’s decreased output.

During one comparable solar minimum, a prolonged period from 1645 to 1715, Europe saw widespread crop failures, unusually frozen rivers and seas and hundreds of thousands of deaths from cold and starvation.