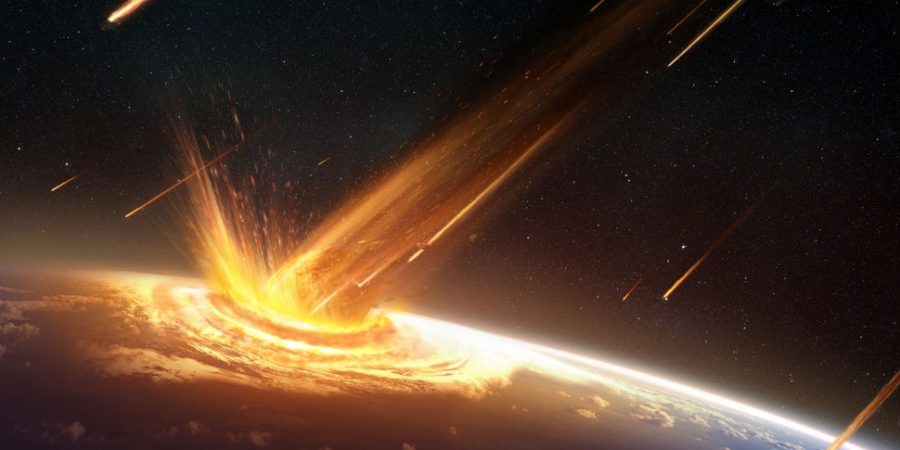 The U.S. space agency plans to conduct a mission next month to deflect a pair of asteroids far out in deep space to keep them from threatening Earth.

Dubbed the DART Mission, or the Double Asteroid Redirection Test, the National Aeronautics and Space Administration (NASA) will send spacecraft to a pair of asteroids — the Didymos binary — on November 24 aboard a SpaceX Falcon 9 rocket launched from Vandenberg Space Force Base in California.

If all goes as planned, DART will smash into one of the two asteroids, known as Didymoon, at roughly 13,500 mph nearly a full year later, on October 2, 2022.

Didymoon is more than 500 feet wide and orbits a much larger space rock known as Didymos, which is five times as big.

Didymoon came relatively close to Earth in 2003 — at least in space terms. The asteroid came within 3.7 million miles. “Of the two asteroids, Didymoon is more likely to hit Earth, given there are more space rocks its size that NASA and the Center for Near-Earth Object Studies (CNEOS) have yet to observe,” the Daily Mail reported.

NASA considers any near-Earth object (NEO) as “potentially hazardous” if it comes within 0.05 astronomical units (4.6 million miles) and measures more than 460 feet in diameter, said the Mail. “According to the U.S. space agency, there are just over 25,000 NEOs, but many more are waiting to be discovered.”

“DART will be the first demonstration of the kinetic impactor technique, which involves sending one or more large, high-speed spacecraft into the path of an asteroid in space to change its motion,” NASA said in a statement.

Back in 2017, NASA explained what the kinetic impactor technique is.

“Kinetic impaction involves sending one or more large, high-speed spacecraft into the path of an approaching near-earth object. This could deflect the asteroid into a different trajectory, steering it away from the Earth’s orbital path. NASA demonstrated on a small scale with the Deep Impact mission of 2005. If preparations were made in advance so that kinetic impactors were available upon detection, the National Academy of Sciences would require a warning time of at least 1 to 2 years for smaller asteroids,” NASA said.

“If an approaching asteroid were detected tomorrow, perhaps 20 years would be required to build and launch an impactor, to reach and impact the target, and to nudge the asteroid from Earth’s path. However, decades or more might be required to deflect larger asteroids (hundreds of kilometers in diameter) that present the most catastrophic threats. If time allows, a mission to study the asteroid up close and send information back to Earth before sending the impactor could greatly increase the chance of success. Kinetic impactors may not be effective in change the orbit of the very largest asteroids,” the space agency added.

The mission is being managed by NASA’s Planetary Defense Coordination Office and the Science Mission Directorate’s Planetary Science Division at NASA headquarters.