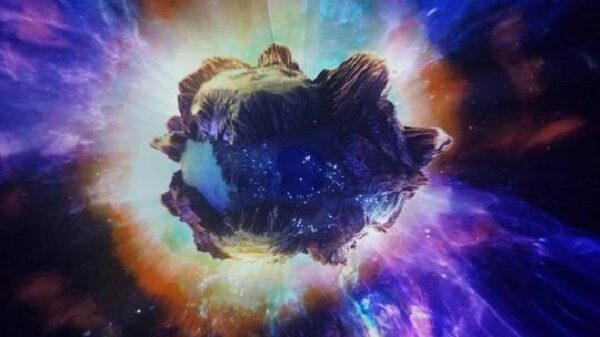 NASA has raised the alarm over yet another five space rocks headed our way. Fortunately, researchers have also revealed a potentially ingenious new strategy for dealing with such threats should they come too close to Earth.

Another week, another warning of impending asteroid activity in Earth’s vicinity, as at least five asteroids ranging in size from a small passenger jet to roughly the size of an apartment building are set to shoot past the Earth, three of which were only spotted in the last two months.

Mercifully, the closest any of them will come to us is 1.2 million miles (1.9 million km) away. That’s five times the distance between the Earth and Moon — so those concerned can breathe a sigh of relief.

It also won’t be an opportunity for scientists to try an ingenious method that might help defend humanity from going the way of the dinosaurs.

Researchers at the University of Central Florida found that tethering any inbound killer asteroids to another nearby space rock would shift their shared center of gravity by just enough to avoid any catastrophic collisions with the Earth.

Scientists specifically studied what would happen if the method were used to deflect the Bennu asteroid if it were on a collision course with Earth and found that, if Bennu was caught early enough, the technique would actually work.

However, much the same as the standard deflection methods which have long been considered but, of course, never actually tried, including using a nuclear weapon or a battering ram in the form of a rocket to nudge the space rock off course, early detection and action would be absolutely vital.

As this week’s close flybys indicate, the detection capabilities still have plenty of room for improvement, especially if people are to reach asteroids before they pass through the so-called “keyhole passage” or point of no return, after which collision with the Earth would be guaranteed.

Furthermore, another rock in the vicinity is needed to tether the asteroid in order to successfully knock it off course, which is yet another huge ask in an already risky, life-and-death-for-all-of-humanity kind of way.

In those circumstances, it looks like good fortune that the asteroids don’t pose any threat and won’t give people a chance to put their defensive techniques to the test.