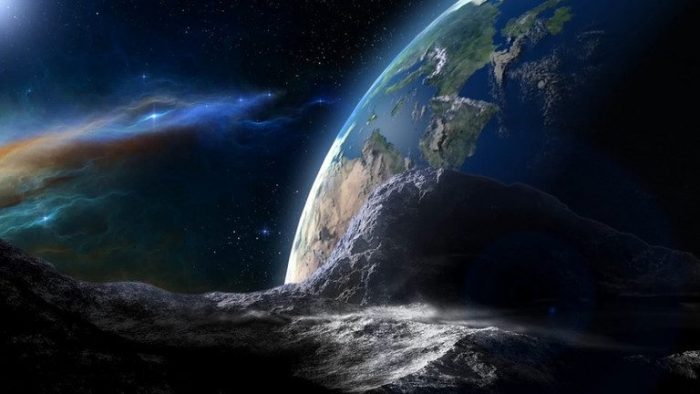 “”It’s been confirmed, incoming fireballs, apocalyptic, headed in our direction,” the self-proclaimed End Times prophesier forecast in a recent video on his popular YouTube account.”

Two asteroids are set to dart past Earth in the coming days, while NASA has warned about an impending close shave with an airplane-sized space rock. A doomsday preacher has also issued a dire warning about the upcoming encounter.

Greatly enhanced detection techniques have allowed astronomers to witness an ever-increasing number of asteroid flybys in recent years. The latest installment will see two space rocks skim past Earth this week. Both of the rocks were only spotted in recent days, a reminder of the threat that undetected asteroids potentially pose to our planet.

Thankfully, both of the rocks will pass at a safe distance of more than 1.5 million kilometers (932,056 miles). However, on September 1 we’re set for a far closer encounter, when a 28-meter space rock, officially known as 2011 ES4, will skim past Earth at only one third of the distance between our planet and the moon.

The visitor will whizz by at a speed of nearly 30,000 kilometers (18,600 miles) per hour. NASA has labelled it a “Potentially Hazardous Asteroid” because of possible risk it poses to our Earth.

While 2011 ES4 will almost certainly fly past our planet at a safe distance, Pastor Paul Begley has issued dire warnings about it heralding the end of the world.

“It’s been confirmed, incoming fireballs, apocalyptic, headed in our direction,” the self-proclaimed End Times prophesier forecast in a recent video on his popular YouTube account.

Begley cites biblical passages mixed with cherry-picked scientific evidence as “proof” that the planet is in mortal danger from incoming “apocalyptic fireballs”.

“I’ve been talking about this for a decade because we knew, according to the Bible, we knew it was coming – even without scientific proof,” he explained. “Even Stephen Hawking says the Earth will be consumed in fire in 2600. I think it’s gonna be way way sooner than that because the Bible says it in second Peter, chapter three.”

Begley claimed that “more than 100 tonnes of space dust and rock” will rain down into our atmosphere every day in a sign of the impending apocalypse. Unsurprisingly, there is no scientific basis for these claims.