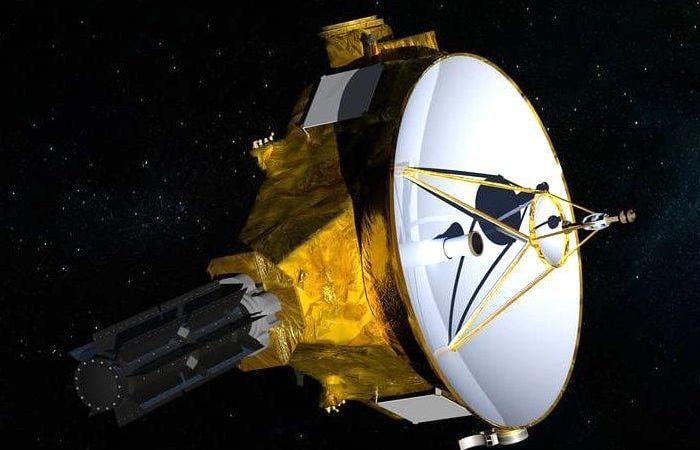 NASA Will Awaken New Horizon Craft In September; Will Travel To Mysterious MU69

Nasa is to wake up its New Horizons spacecraft next month following a five month hibernation, ahead of a journey deeper into one of the most mysterious regions of the Solar System.

New Horizons, which captured incredible images of Pluto in July 2015, was powered down in April to conserve energy as it travelled through the Kuiper Belt, a vast region of icy debris which encircles the Sun and planets, also known as The Third Zone.

On September 11, the spacecraft will awaken for its 16 month journey to MU69, an ancient object which is thought to be one of the early building blocks of the Solar System.

The space rock had not even been discovered when the craft launched in 2006 and the flyby will be the most distant in the history of space exploration, a billion miles beyond Pluto, and four billion miles from Earth.

Recent observations of MU69 from the Hubble Space Telescope show it is probably two ‘binary’ objects or a pair of space rocks ‘stuck-together’ bodies which are each around 12 miles across. 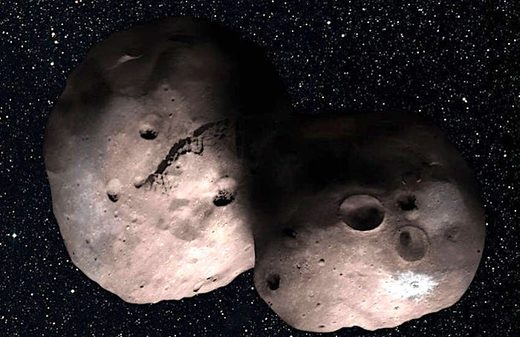 Alan Stern, Principal Investigator for New Horizons at Nasa, said: “We are very likely going to a primordial binary in the Kuiper Belt, a four-billion-year-old relic of Solar System formation and an exotic building block of the small planets of the Kuiper Belt like Pluto. It may even be a swarm of smaller bodies left from the time when the planets in our solar system formed. New exploration awaits us. It promises a scientific bonanza for the flyby.”

New Horizons was the fastest spacecraft to ever launch and is partly powered by nuclear energy. When it launched in January 2006 Pluto was still a planet, but just a few months later it was downgraded to a dwarf-planet or ‘plutoid’ and is now known officially as ‘asteroid number 134340’

After studying objects in The Kuiper Belt, the spacecraft will eventually leave the Solar System, a feat only achieved by Voyager so far. 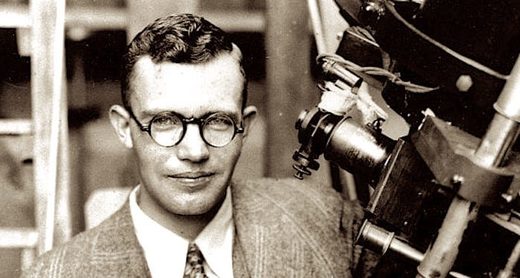 © Pluto Stowaway
Clyde Tombaugh with the telescope through which he discovered Pluto.

And it is carrying the ashes of the scientist who discovered Pluto, Clyde Tombaugh. Tombaugh died on January 17 1997, nine years and two days before New Horizon’s launch, but one of his final requests was for his ashes to be sent into space.