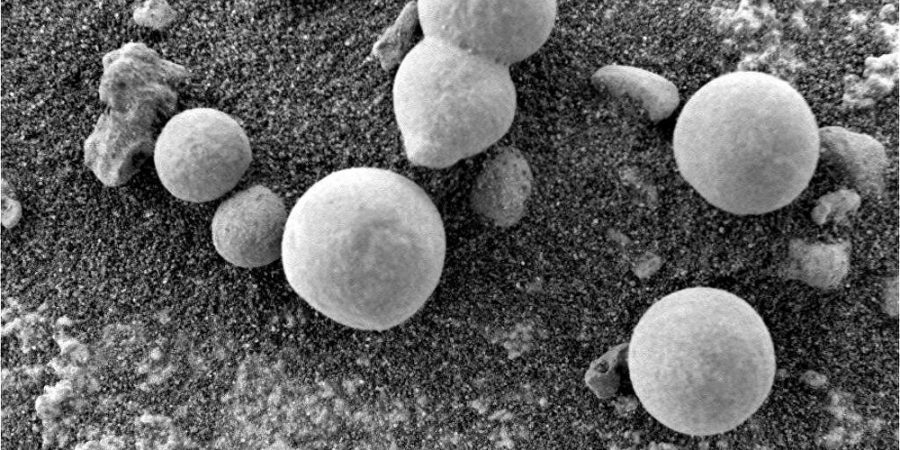 The finding, along with the pictures themselves, has been subjected to an extensive peer review, and the majority of researchers appear to support the hypothesis.

An array of new snapshots purporting to sport “Martian mushrooms” have assured scientists that there is life on the Red Planet, with the 15 images by NASA’s Curiosity Rover becoming central in a new study published in the Journal of Astrobiology.

The photos from the two-year mission are said to show the potential life forms in the making, as they emerge from Mars’s red sand dunes – from what looks like algae to mushroom and lichen.

According to Dr Regina Dass, a microbiologist from Pondicherry University in India, no non-living force, known to humans, could have shown the obvious growth in size and volume “in just three days”.

“There are no geological or other abiogenic forces on Earth which can produce sedimentary structures, by the hundreds, which have mushroom shapes, stems, stalks and shed what looks like spores on the surrounding surface”, she was quoted by The Express as saying.

Meanwhile, NASA hasn’t yet commented on the research, although the majority of experts that engaged in a peer review tend to agree with the hypothesis. Three of six independent scientists and eight senior editors, who subjected the report to scrutiny, rejected the evidence outright, saying the specimens featured in the images are not biological ones, but more likely hematite, a form of iron oxide.

The journal’s official position reads that “evidence is not proof and there is no proof of life on Mars”, adding that “abiogenic explanations for this evidence can’t be ruled out”.

The speculation arrived against the backdrop of Exomars, a joint mission by the European Space Agency and Russian space corporation Roscosmos, seeking to find evidence of life on Mars. First launched in 2003, it earlier unveiled images that showed “clear signs” of past water activity on the surface of our smaller, redder neighbour.

In a study published in the Journal “Geophysical Research: Planets, Mars Express” researchers explored 24 deep, enclosed craters in Mars’ northern hemisphere and claim to have found the first geological evidence of an intertwined water system, apparently former lakes, deep beneath the Martian surface. In five of the 24 craters, scientists detected an array of clays, carbonates, and silicates, which are closely linked to the emergence of life on Earth and which essentially prop up the theory that Mars, similarly, had the necessary components for life at some point in the past.