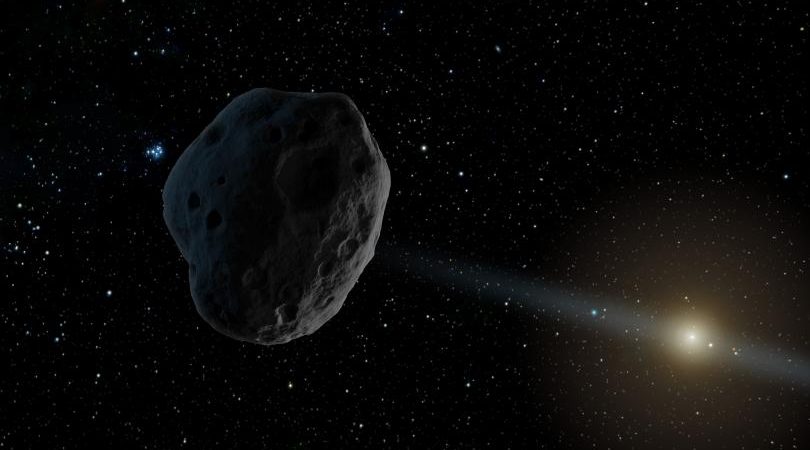 On Thursday, NASA’s Near-Earth Object Wide-field Survey Explorer (Neowise) mission announced the discovery of two objects — one of which is a comet while the other is a mysterious object that seems to straddle the line between a comet and an asteroid.

The comet, C/2016 U1 NEOWISE, made its closest approach to Earth on Dec. 12, when it flew by at a distance of 0.71 AUs (1 AU, or the mean distance between Earth and the Sun, is roughly 93 million miles). As it nears the sun, there is “a good chance” that it might be seen with a pair of binoculars next week, although it’s hard to be certain, given the unpredictable nature of a comet’s brightness.

“As seen from the northern hemisphere during the first week of 2017, comet C/2016 U1 NEOWISE will be in the southeastern sky shortly before dawn,” NASA said in a statement. “It is moving farther south each day and it will reach its closest point to the sun, inside the orbit of Mercury, on Jan. 14, before heading back out to the outer reaches of the solar system for an orbit lasting thousands of years. While it will be visible to skywatchers at Earth, it is not considered a threat to our planet.”

The nature of the other object, named 2016 WF9, is less clear. Scientists at NASA believe that given its 4.9-year-orbit — which, at its closest approach on Feb. 25, will bring it to a distance of roughly 32 million miles from Earth — it can have multiple possible origins. It may once have been a comet, or it may be a dark asteroid that has strayed from the asteroid belt.

“2016 WF9 could have cometary origins,” James Bauer, the deputy principal investigator of the Wide-field Survey Explorer mission at NASA’s Jet Propulsion Laboratory, said in the statement. “This object illustrates that the boundary between asteroids and comets is a blurry one; perhaps over time this object has lost the majority of the volatiles that linger on or just under its surface.”

The Neowise spacecraft, originally known as Wide-field Infrared Survey Explorer (Wise), was launched by NASA in December 2009, but was placed in hibernation in February 2011 once its primary mission of creating infrared maps of the Earth sky was completed. It was reactivated in September 2013, rechristened as Neowise and given a new mission — to identify and characterize the population of potentially hazardous near-Earth objects.