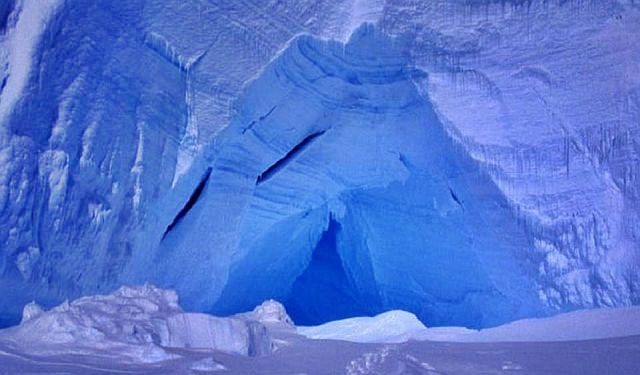 In the next interview Linda tells us what the Naval Officer experienced and saw, like a huge opening in the ice in a no-fly area, when they were crossing with a medical emergency on board.

Then he ferried a group of scientists who had disappeared for two weeks, and has specifically been warned not to refer again to this subject.

As he put it, “they looked scared.” When they returned to McMurdo, their gear was isolated and they were flown back to Christchurch, New Zealand in a special plane.

Additional: The mysterious disappearance of these scientists is one of the reasons of the mass evacuation of scientists?

According to Christchurch’s Antarctic Office, in 2014 the Scientific Committee on Antarctic Research (SCAR) said it was not “particularly useful” to send hundreds of scientists to Antarctica.

It would be, not only cost effective, but much more efficient to replace groups of scientists working in Antarctica by placing technology only, like sensors to collect Antarctic data.

A later report by the Council of Managers of the National Antarctic Programs (Comnap), released in 2016, supported that view.

Based on both reports the International Antarctic community agreed and started to evacuate big groups of scientists working in Antarctica.

With all the strange things happen in the Arctic it will not surprise me that their official statement is a cover-up. It is quite possible that they, like the Naval officer, already saw and experienced what is really going there.

Here is Linda Moulton Howe with what is probably the most provocative story about what is going on in Antarctica.