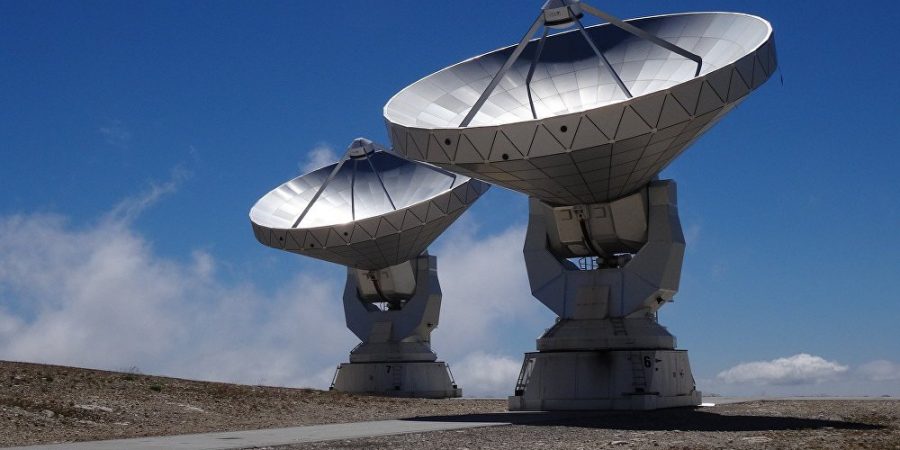 A new radio telescope has picked up milliseconds-long radio bursts originating in a mysterious source from across the universe. Exploding stars and black holes, as well as alien civilizations, have been cited as possible explanations.

The CHIME (which stands for the Hydrogen Intensity Mapping Experiment) telescope, located in British Columbia, could pick up the first-ever “fast radio bursts” (FRB) at frequencies below 700 MHz, according to a report by Patrick Boyle from McGill University on Astronomer’s Telegram, which space researchers use to share the information about new discoveries. The signal, named FRB 180725A, was detected on July 25th and lasted milliseconds.

Besides this signal at 580 MHz, the scientists also detected several weaker signals, at frequencies as low as 400 MHz. They were registered in the day as well as at night. Although the results are said to be preliminary, the astronomers still posted them on-line to encourage fellow scientists to “to search for repeated bursts at all wavelengths.”

According to the outlet C-Net, only one repeating FRB signal has been registered so far. Such bursts were picked up first a decade ago, but over the years only two dozen examples have been recorded so far. FRBs have remained a mystery, for their source has remained unknown as scientists can’t detect what is capable of producing such short and sharp radio bursts.

The CHIME telescope in Canada, which consists of four 100-meter-long U-shaped cylinders, started operating less than a year ago, and is designed to pick up signals the universe sent when it was between 6 billion and 11 billion years old. The researchers hope CHIME can help shed some light on the astrophysics mysteries.