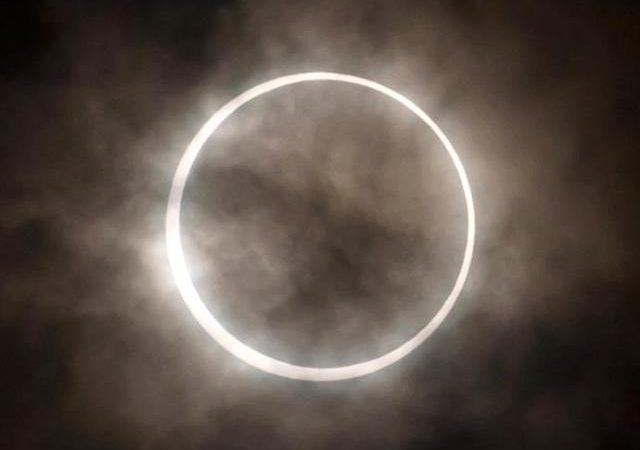 A Christian group has declared that the end of the planet is most definitely nigh and sent out a public warning of the imminent apocalypse which they claim has been foretold in the Book of Revelation.

While most theologians take the Book of Revelation as an allegorical tale of the conflict between good and evil, for some it clearly contains prophecies that can apply to life in the present. One passage in Revelations refers to a woman ‘clothed in the sun with the moon at her feet’, who will become hunted by a Satanic seven-headed dragon that wants to devour her unborn child. When this happens, it will spell the end of the world.

Many interpret the woman in this passage as the Earth and believe that the reference to the Sun and the Moon refer to the planet being engulfed in a total eclipse (when the Sun, Earth and Moon move into a perfect alignment with one another). This is an interpretation of this particular Christian group who have extrapolated further to say that there will be a total eclipse of the Sun on the 21st August 2017 that will plunge the Earth into eternal darkness and end life as we know it.

This interpretation of the scripture has left some worried as there will be a total solar eclipse on the 21st August 2017. According to NASA, it will actually be the first solar eclipse to hit the United States in almost forty years and the first to stretch from coast-to-coast in nearly a century. However, definitely do not suggest that the eclipse will be permanent by any means. Only some people in continental North America will witness the total eclipse and most people in the United States, and Europe will only witness a partial eclipse. According to experts, most of the cities affected by the total solar eclipse will only lose light for a couple of seconds.