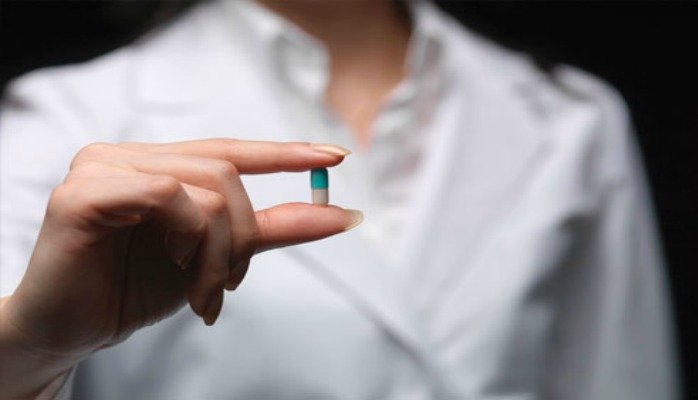 New Era in Anti-Aging, A Pill that Slows Aging

Can a pill make you younger?

One of the few drug studies ever carried out in an attempt to address this question was reported by Novartis on Christmas Eve 2014. The company had sought to see whether giving low doses of a drug called everolimus to people over 65 increased their response to flu vaccines.

It did, by about 20 percent. Yet behind the test was a bigger question about whether any drug can slow or reverse the symptoms of old age. Novartis’s study on everolimus, which looked at whether the immune system of elderly people could be made to act younger, has been called the “first human aging trial.”

Last week a Boston company, PureTech Health, said it was licensing two drug molecules, and the right to use them against aging-related disease, from Novartis and making the research the basis of a startup company, resTORbio. The company says it will further test whether such drugs can rejuvenate aged immune cells.

The drug Novartis tested is a derivative of rapamycin, a compound first discovered oozing from a bacterium native to Easter Island, or Rapa Nui, and named after it. Thanks to its broad effects on the immune system, rapamycin has already been used in transplant medicine as an immune suppressant and a version is sold by Novartis as the anticancer prescription Afinitor.

What’s even more interesting about rapamycin, however, is its reputation as the most consistent way to postpone death, at least in laboratory species. It lengthens the lives of flies, worms, and rodents, too. Feed the compound to mice and they live 25 percent longer, on average.

“It doesn’t make them immortal, but it’s pretty good,” says David Harrison of the Jackson Laboratory, who participates in the Intervention Testing Program, an effort of the National Institute on Aging in which drugs with longevity promise are independently tested in mice over a period of years. “It’s the most exciting intervention that we have,” says Harrison. “It also works at any age, and that makes it interesting.” A study is under way in Seattle to see if rapamycin extends the lives of pet dogs.

What we don’t have yet are formal studies of whether rapamycin or any other drug can lengthen people’s life spans. For many reasons, companies haven’t been keen to pursue potential anti-aging treatments. Scientifically, longevity pills remain an outré idea, the domain of cranks and quacks. Clinically, it’s difficult to prove a drug extends life, as it would take too long. Regulation-wise, there’s no clear path forward, as aging hasn’t generally been recognized as a disease you can treat.

But recently, venture capitalists who used to run from such ideas have begun investing. Companies interested in anti-aging medicine include J. Craig Venter’s Human Longevity, In Silico Medicine, Mount Tam Biotechnologies, and the Hong Kong bioinformatics company Gero. Last year Unity Biotechnologies, a new biotech with plans to use drugs to eradicate aged cells, raised $127 million. That followed Google’s spinout in 2013 of the anti-aging company Calico, which has $1.5 billion to spend.

Researchers from Novartis tested everolimus in hundreds of elderly patients in Australia and New Zealand who were about to get a flu vaccine. The team found that the patients’ immune systems responded more vigorously—more like a younger person’s, you might say.

Brian Kennedy, who researches aging at the Buck Institute, says the Novartis study was “groundbreaking” because of how it found a way to address the drug’s impact on the effects of age. “No one has the stomach to do longevity studies,” he said in an interview last year. “Or you can do what Novartis did, which is to choose a property of aging and see if you can slow it down.”

Novartis says it will soon be reporting more results from its studies in the elderly. But the company also decided that the research did not fit its priorities. “We will stop developing it for aging-related disorders,” says Jeffrey Lockwood, a Novartis spokesperson. “It’s outside of our current strategy.”

Instead, Novartis decided to sell the program to PureTech in exchange for an ownership stake in the new company. PureTech is initially committing $15 million to fund resTORbio, it says.

The startup’s CEO, Chen Schor, wouldn’t say exactly what direction it planned to take, other than that the company would build on Novartis’s data. “We are talking a very pragmatic approach and will prioritize indications where we hope the data could get us approval using these compounds if you can change the decline in function of the immune system,” says Schor.

The startup will try to use the Novartis drugs to reverse what it calls “immunosenescence,” or detrimental changes to the immune system that occur with age. In part, that might include trying to restore certain types of T cells, which become exhausted and don’t remain vigilant against cancer and infections. “They get old and grumpy but hang around and secrete pro-inflammatory cytokines, and that has health consequences,” says Joseph Bolen, chief scientific officer of PureTech.

Rapamycin acts on what is called the mTOR complex, a set of genes that play a basic role in regulating the metabolism of cells. When mTOR is blocked, it can push cells into a life-extending survival mode. So can a variety of other tricks, including feeding animals a very low-calorie diet. “But this happens to be one mechanism that is actionable with a drug and not, say, calorie restriction,” says Bolen. “I think this is a practical way to go about the modulation. What the biology tells you is that what was observed in many other species looks as though it is going to hold in humans.”