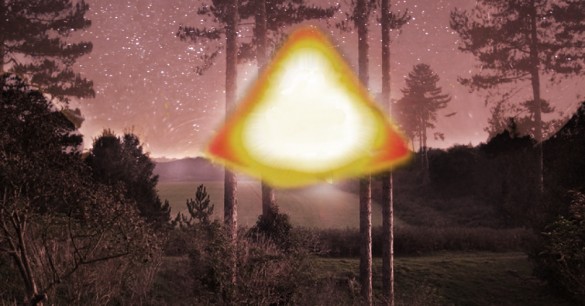 It has long been held to be one of the most famous UFO incidents of the 20th century, if not of all time. Due to its popularity, a variety of opinions and interpretations about what happened in Rendlesham Forest in late December, 1980, have been offered; and the result has been a seemingly never-ending source for controversy within the UFO research community.

Despite the varied opinions, which draw from various testimonies given by those who claim to have been directly involved, the latest evidence forthcoming may suggest that corroborative data about the incident was obtained via radar operators at nearby RAF Bentwaters, near Suffolk, England. (For more information on the details involving the well-known Rendlesham UFO incident)

As reported in the UK’s Express, “The new claims… appear to back up those made by Mr Holt last July when he appeared at a Rendlesham UFO conference, in Woodbridge, Suffolk, to mark the 35th anniversary of the sighting last July.” Halt had previously told the BBC that “he saw unidentified objects at Rendlesham Forest in December 1980,” and subsequently claimed that he had obtained “statements from radar operators at RAF Bentwaters and nearby Wattisham airfield that an unknown object was tracked at the time.” 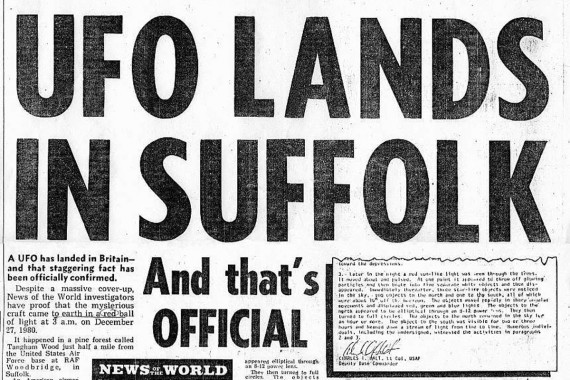 The evidence is presented in a new documentary film by veteran UFO researcher Robert Hastings, whose previous work has involved reports of UFO sightings related to nuclear facilities around the world. Hastings managed to locate the radar operators that claimed to have observed an object on their radars which coincided with the testimony given by Charles Halt and others on the ground, who observed an unusual aircraft in Rendlesham Forest.

According to Jim Carey, one of the two operators in question:

“I was just sitting there and I happened to see a dot come on the scope, and it just went one dot in the beginning, and another dot, another dot, and it was gone. All of a sudden, here it come back across again. It went one, two and then an immediate right hand turn and came right towards the base. I just said that can’t be one of ours. No jet at that speed can make an immediate right hand turn. Just absolutely phenomenal.”

Ike Barker, another radar operator who says he tracked the object, supplied the following similar information:

“When the sweep would hit the target, you would have the entire back of it would be like a solid line. Traveling at an extremely high rate of speed, it passed over the control tower and then it stopped. I’ve never seen anything in my life like the maneuverability that happened with this object…. There were lights around the center of it, but it wasn’t like running lights or navigational lights. It was more like portholes, and you were seeing the light from the inside coming out. It wasn’t flashing lights or anything. It hovered momentarily, reversed its course, and went back out at a high rate of speed.” 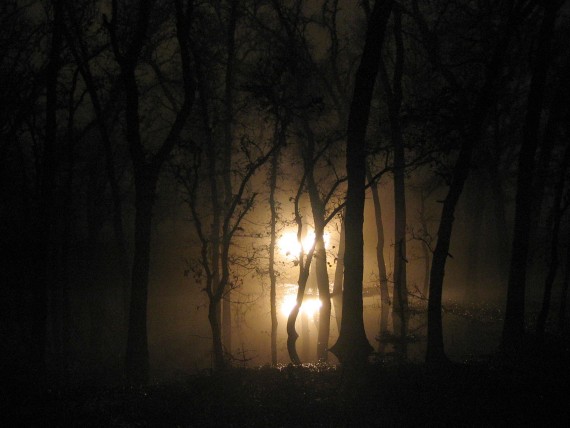 The testimony Barker provides seems to describe something akin to a sphere (at one point, he even remarked that the thought had crossed his mind someone “was flying a basketball” in the area). The object described by Halt and the others had been triangular; however, Halt has also suggested that he believed there may be evidence the triangle he and the others observed could have been a drone or some other variety of “scout” aircraft, associated with a larger “mothership” located elsewhere.

Will the new testimony collected by Robert Hastings and those associated with the initial Rendlesham Forest incident indeed shed new light on the case, or will it only present evidence which calls for further questions? Perhaps at very least, the ongoing evidence pertaining to this case will help lend to the veracity of those who say they observed unusual aerial phenomenon in the vicinity of Suffolk, England, in December of 1980.