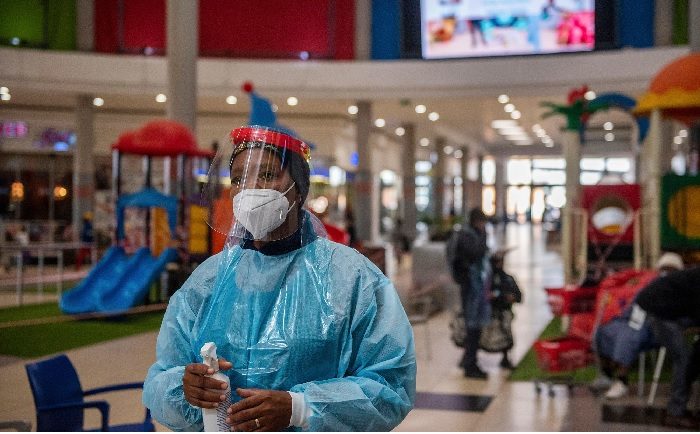 New South African COVID-19 Strain is the Most Mutated One Yet, According to Report

The C.1.2 strain has been linked to “increased transmissibility” and is said to have mutated the most from the original virus…

A COVID-19 variant first detected in South Africa could be more infectious than other mutations — and may have the potential of being resistant to vaccines, according to a report.

The C.1.2 strain has been linked to “increased transmissibility” and is said to have mutated the most from the original virus, which first emerged in the Chinese city of Wuhan, the Mirror reported.

The strain has a mutation rate of about 41.8 mutations per year, almost double the global mutation rate seen in any other existing variant of concern, according to experts at South Africa’s National Institute for Communicable Diseases and the KwaZulu-Natal Research Innovation and Sequencing Platform.

The number of C.1.2 genomes in South Africa has risen from 0.2 percent in May to 1.6 percent in June and 2 percent in July, according to scientists, who also have found 14 mutations in nearly 50 percent of the variants that had a C.1.2 sequence.

The C.1.2 strain also has been found in the UK, China, the Democratic Republic of the Congo, Mauritius, New Zealand, Portugal and Switzerland.

The latest South African variant could be capable of evading antibodies and immune systems, researchers said, while noting that additional research is needed. Researchers, in a report published in the journal Nature, said:

“We describe and characterize a newly identified SARS-CoV-2 lineage with several spike mutations that is likely to have emerged in a major metropolitan area in South Africa after the first wave of the epidemic, and then to have spread to multiple locations within two neighbouring provinces.

“We show that this lineage has rapidly expanded and become dominant in three provinces, at the same time as there has been a rapid resurgence in infections.”

B.1.351, another South African strain found in April, had the potential to “break through” the Pfizer vaccine, scientists have found. Professor Adi Stern of Tel Aviv University in Israel told the Mirror:

But still, he said the variant “has not spread widely through the population” — and that the UK variant may be “blocking” the spread of the South African strain.

News about the C.1.2 strain, which was discovered in May, comes as the US grapples with a resurgence caused by the Delta variant, which has complicated efforts to return to workplaces and schools.