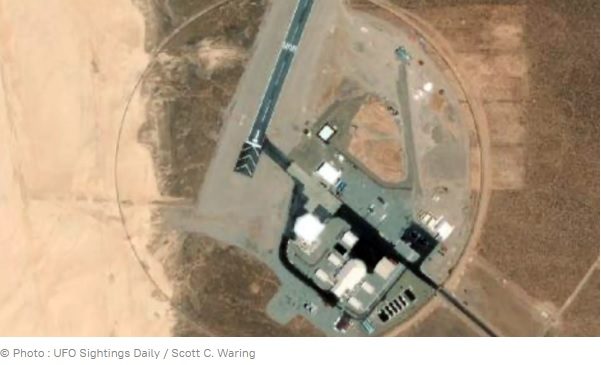 “There seems to be a new hangar located in Area 51, as spotted by UFO enthusiast Scott C. Waring.”

Located within the Nevada Test and Training Range, the US Air Force facility known as Area 51 is commonly associated with aliens and the alleged government experiments that, many UFO enthusiasts believe, are being conducted within the facility.

There seems to be a new hangar located in Area 51, as spotted by UFO enthusiast Scott C. Waring.

Although he would not reveal his source, Waring claims there the new hangar is “the Tall White base, 69 miles behind Nellis AFB, old firing range”. Additionally, at the bottom of the picture, one can spot a small new building.

Waring shared several pictures that have apparently been taken by a satellite or a drone. The UFO enthusiast appears to be unsure about the hangar’s purpose.

“A new Tall White spacecraft?” he suggests. “It measures 35 meters by 35 meters. No small craft.” 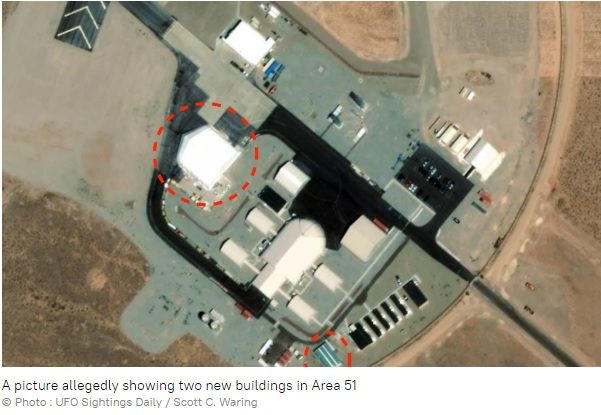 Earlier in February, The Drive reported on a mysterious aircraft that was seen parked in the northern part of Area 51, with the type and the purpose of it remaining unclear.