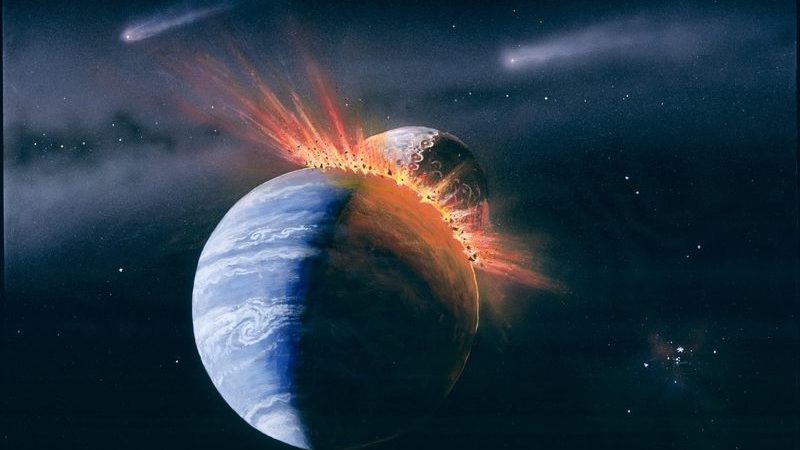 New Theory as to How Our Moon May Have Formed [Infographic]

How our moon came to be seems to bring about interesting theories. Here is the latest.

A new theory on how the Moon was formed has been published. It has some new ideas that explain a lot more about the Moon’s chemical composition. It seems to stack up well against the giant impact theory. Which theory do you like better?

This theory says that 4.5 billion years ago the Earth was struck by a Mars-sized object. The remaining debris formed the Earth as we know it and the Moon. This has been the favored theory for a while because it explained a lot of the unique features of the Moon. Features like the Moon having a lower density than the Earth, a small iron core, and lunar and terrestrial rocks having the same stable-isotope ratios. This theory, however, does not cover everything. One issue is that it does not account for why the debris formed into a single Moon rather than a few smaller moons. Still, this remains the current leading theory. 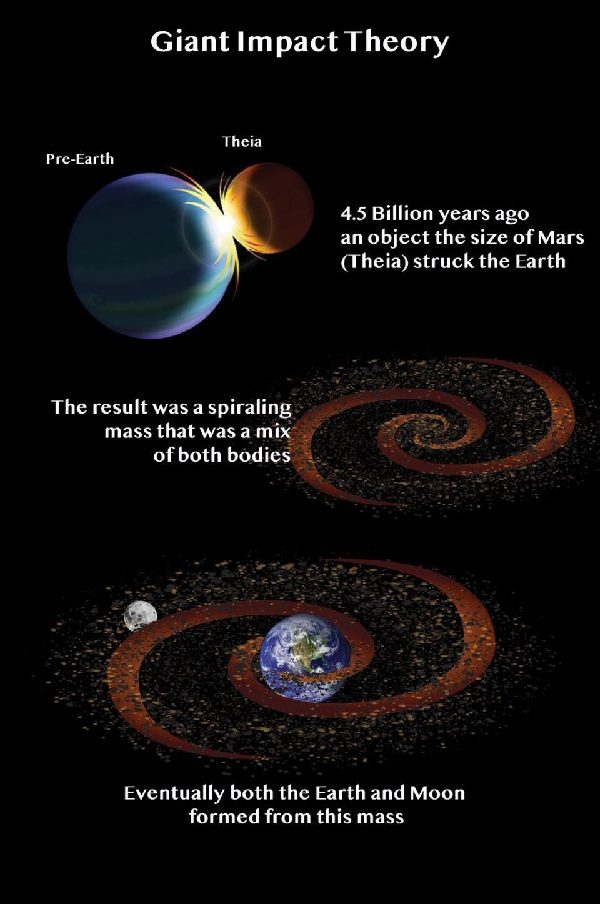 An explanation of the giant impact theory

This theory explains why the Moon has a similar chemical composition as the Earth. It also starts out 4.5 billion years ago. At this time the Earth was a spinning cloud of vapor called synestia. Which is the result of a planet-size impact that had a high amount of energy and angular momentum. The result is a large donut-shaped cloud around a small chunk of early planet Earth. These structures probably don’t last very long as they will shrink as they lose heat and form into planets. After the large collision, a chunk of debris must have been floating around in the cloud, which collected material until it formed the Moon. This accounts for the Moon not having easily vaporized elements in its composition. 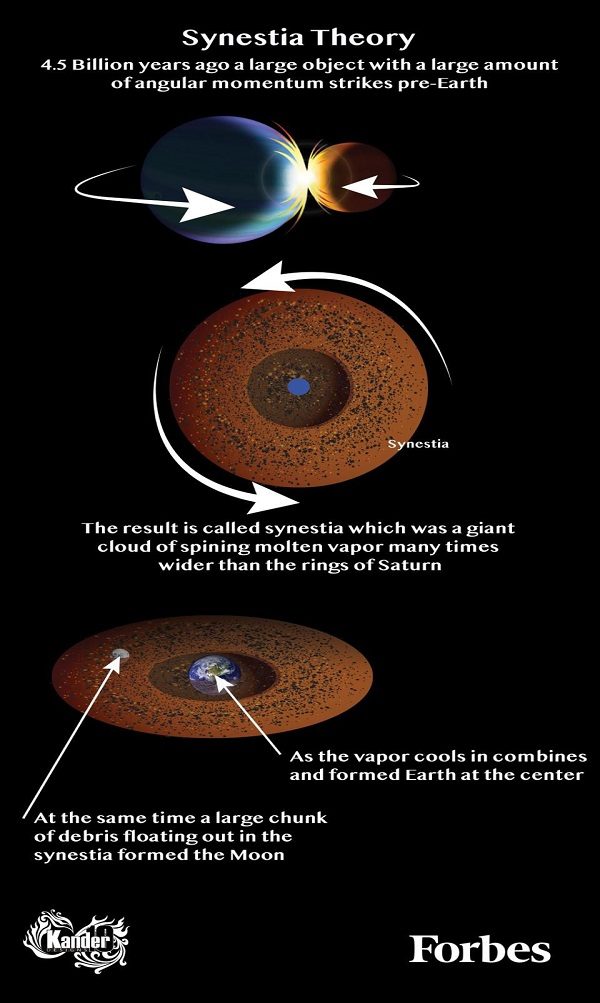 The concept of synestia was proposed by Stewart and Simon Lock, a graduate student at Harvard and a visiting student at UC Davis and seems to be catching on. The new model was published on Feb 28th in Journal of Geophysical Research – Planet.