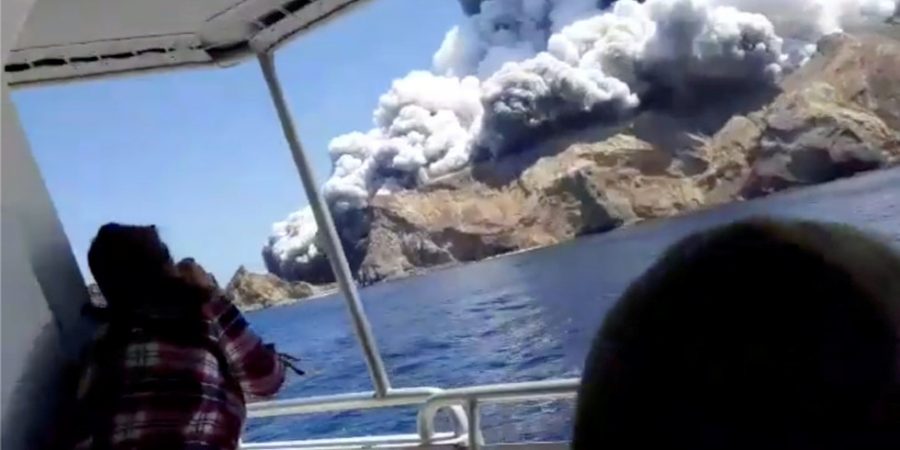 At least 27 of the 31 people injured in the volcanic blast that rocked the island on Monday suffered severe burns covering over two-thirds of their skin, the government said in a statement, noting the possibility that some of the injured will not survive.

Burn centers across New Zealand are full to capacity as more than two dozen victims are being treated for horrific wounds suffered in the volcanic eruption on White Island, leaving many with burns on over 70 percent of their bodies.

“All our burns units are full to capacity. Our plastic surgeons, hospital, anesthetists are doing their best to treat the many who have sustained injuries,” said acting Ministry of Health adviser Dr Pete Watson. “Twenty-seven of the 31 have suffered greater than 71 percent body surface burns.”

With five already confirmed killed, police said eight people are still missing and likely did not make it, leaving only those who were able to flee immediately among the survivors.

“I would strongly suggest that there is no one that has survived on the island,” New Zealand Deputy Commissioner John Tims told reporters, adding: “We are doing everything we can to get back to that island.”

Tourists from 🇦🇺Australia, the 🇺🇸US, 🇬🇧UK, 🇨🇳China and 🇲🇾Malaysia are among those affected by Monday’s deadly volcanic eruption – New Zealand’s Prime Minister

Tims also noted that a criminal probe had been opened into the disaster, focused on the “circumstances of death and injuries on White Island,” which he said would be carried out alongside a separate investigation by regulatory agency WorkSafe.

New Zealand Police say the people missing following an eruption of a volcano on White Island are from New Zealand, Australia, the UK, the U.S & China.
Children ages 7 thru 14 were on the island.
Sending prayers.
🙏🏼🙏🏾🙏🏿🙏#whiteisland #NewZealand #volcano pic.twitter.com/EWe3EFnM6w