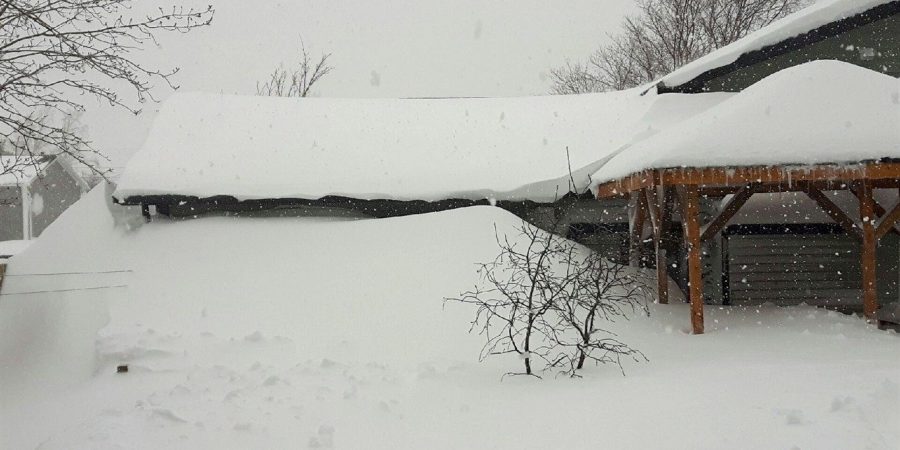 The first day of spring was two weeks ago, but winter is far from over in Newfoundland.

Gander broke the snowfall record for March with a total of 200 centimetres, and is on track to break April’s previous record of 97 centimetres, VOCM reported.

People trying to get to work have faced some unique challenges.

having loads of fun in Botwood today, I think my car is in here somewhere….@EddieSheerr #NLwx pic.twitter.com/BRDJO8o2Ng

Flights have been cancelled at the St. John’s airport, and many highways are nearly impassible. In Gander, a snow plow and ambulance got stuck in the snow, CBC News reported.

Those traveling by boat didn’t fare any better.

We are officially stuck in the ice on Ferry Flanders. #nltraffic #nlwx pic.twitter.com/4S4LpfnjO4

70 and shovelling snow during an all-time blizzard. Why?

With a file from The Canadian Press.