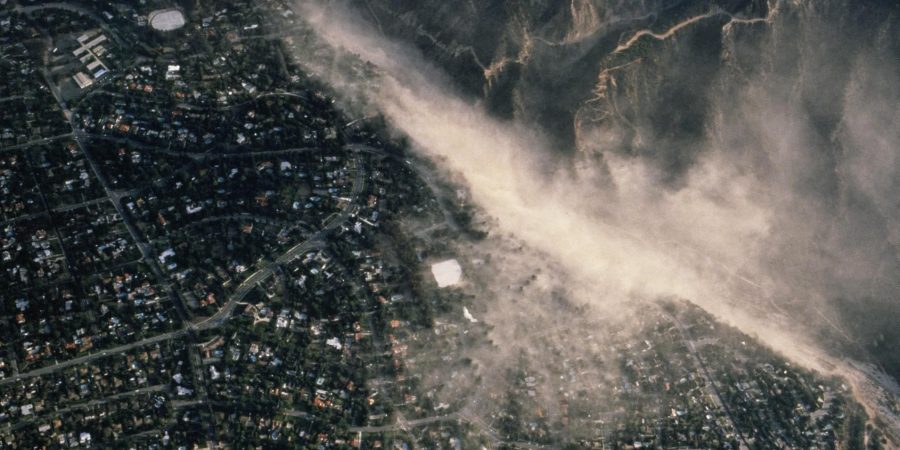 The odds of the earth moving beneath the feet of Southern Californians just got a lot higher. According to a newly published study, a fault line that stretches along that coast could produce earthquakes far more severe than previously suspected.

The research centered on what has long been considered two distinct geological features: the Newport-Inglewood Fault and the Rose Canyon Fault. It turns out that these two systems are actually one continuous fault. Like an underwater scar, this fault traces a jagged route from San Diego Bay to the Los Angeles Basin. It runs parallel to several highly populated regions of the state and into Tijuana, Mexico, and is never more than 4 miles from shore. And, researchers say, an earthquake emerging from this fault could reach a magnitude of 7.4 on land—enough to cause considerable damage and deaths.

The realization that it’s one fault came from multiple sources of information. Seismic surveys done by oil companies decades ago and subsequently made publicly available were combined with more recent data collected by research vessels run by the Scripps Institution of Oceanography. All that information is derived from bouncing sound waves off the surface of the fault structures so that researchers can map the seafloor. This data—gathered through different means, reaching different depths and providing different levels of detail—gave the researchers an unprecedented view of the fault and its potential repercussions.

The fault has four main segments broken up by “stepovers,” or breaks. Stepovers of more than 1.8 miles are usually enough to stop the flow of an earthquake, keeping a tremor confined to the segment where it started. And the shorter a fault segment, the smaller an earthquake, explains Valerie Sahakian, the study’s lead author and now a geologist with the U.S. Geological Survey. Until now, the stepovers in the Newport-Inglewood/Rose Canyon (NIRC) Fault were presumed to be slightly more than 3 miles wide.

But this new analysis found that the NIRC stepovers are, at most, just over a mile wide. That means the stepovers are unlikely to create a barrier between segments of the fault. Viewed another way, the fault is much longer than once estimated. A rupture that begins in one segment can travel the length of the fault, easily shaking the entirety of this earthly architecture.

These new understandings of the fault—its singularity and short stepovers—led researchers to re-evaluate the probability of a rupture traveling along the entire line of the structure. “That scenario now appears more likely,” says Sahakian. The study estimates that the scale of such an event would range from a magnitude of 6.7 to 7.3 or 7.4. The onshore damage anchors the higher end of that calculation.

Using these updated calculations, along with samples from the fault sediment now being analyzed by Sahakian’s co-authors, researchers can begin unraveling the history of the fault’s activity. “And the more you know about the history,” says Larry Brown, a Cornell University geophysicist, “the better you can predict future events.”

Sahakian notes that residents of the area may want to take note of this new, more accurate view of the NIRC fault. She cautions against assuming that living farther from Los Angeles—but within range of the San Andreas Fault—is safer, geologically speaking. “People who live in San Diego may think there isn’t as great of a risk,” says Sahakian. But the new study shows that those living within 4 miles of the NIRC fault are likely to experience consequences from a rupture.

Sahakian’s advice to people in the region? “Make sure your bookshelves are bolted to the wall. Always be prepared for a large earthquake.”