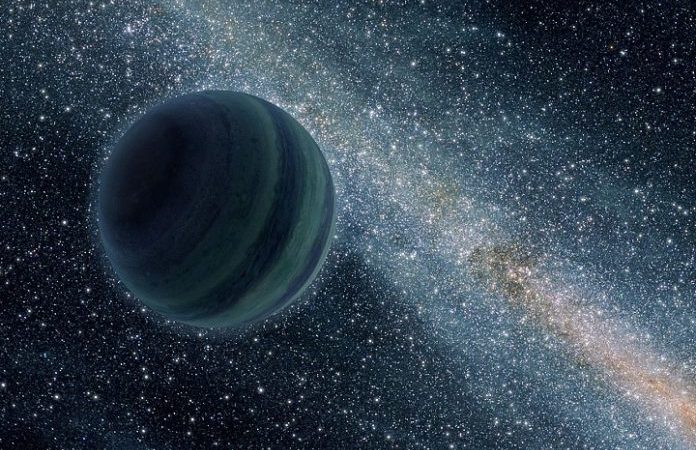 Despite utter failure of doom of Earth predictions in 2003, 2007, 2012, and 2015, conspiracy theorists aren’t calling it quits and according to a new claim, Nibiru aka Planet X will strike Earth in December.

Conspiracy theorists on the web are citing a video that is an alleged NASA video wherein the projected path of Nibiru aka Planet X has been shown. If we are to believe the video, it is in December 2016 that Earth will meet with a catastrophic end and everything will cease to exist.

Check out the video below:

The first time the chatter of Planet X (Nibiru) was heard on the Internet was through a mail sent across to the newsgroup alt.bible.prophecy, wherein the Bode’s Law was being discussed. In the mailer, Darrell R.Stewart talks about the possibilities of a yet undiscovered planet of the Solar System and tries to provide scientific credibility to his claims by citing Bodes’s Law. According to this law, “a planet should be orbiting our sun at 2.8 astronomical units distance” and while there’s no planet at this distance from the Sun, Stewart pointed out that where the asteroid belt is.

Citing old text, Stewart goes onto explain what makes him think that Planet X is still lurking out there and what could have give rise to the Moon, Earth and the asteroid belt.

While all this may seem fancy to many, experts at NASA continue to stress that they have found no credible that could point to the existence of such a planet / celestial object. Further, the same experts also claim that there is no evidence of any kind for its gravitational effects upon bodies in our solar system.

This may have been true back in 2012, but it turns out that scientists have been uncovering evidence that point at a planet or a planetary body beyond the edges of our Solar System that is affecting some of the objects in the Kuiper belt. Just last month researchers claimed that they had found evidence that could show that the unusual tilt of the Sun could be attributed to this massive, undiscovered planet that is lurking at the edge of our Solar System.

While there have been no direct observations, Konstantin Batygin and Mike Brown of Caltech claim that there indeed is a planet that is massive and is orbiting the Sun in a greater tilted orbit compared to the other planets.


SHOW YOU CARE, COMMENT AND SHARE
IF YOU ENJOY THIS SITE PLEASE TELL OTHERS ABOUT US…SHARING IS CARING