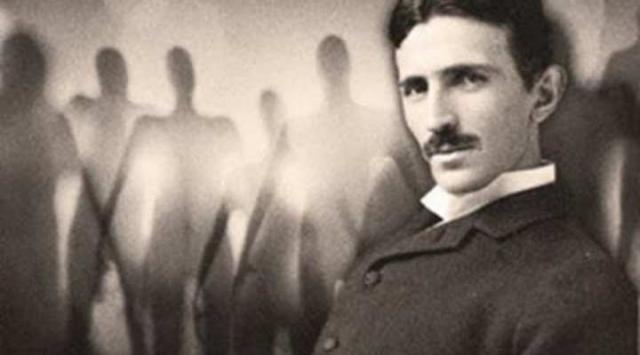 For a number of reasons, Serbian-American inventor and futurist Nikola Tesla has become synonymous with government cover-ups, corporate intrigue, and near-mystical technological wizardry. Today, many conspiracy theories surround Tesla’s work and legacy, most of which involve allegations that the U.S. government confiscated most of the personal records and journals Tesla kept while inventing the future. While there might have been legitimate security concerns surrounding the technical details of some of Tesla’s more potentially dangerous research projects, the mystery of Tesla’s files remains unsolved. 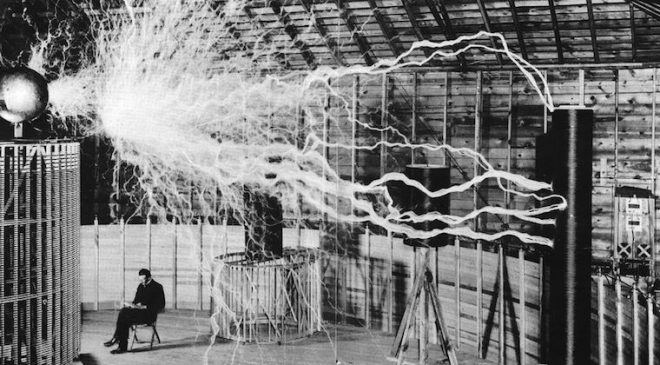 Some Tesla historians claim the inventor’s work was confiscated in order to prevent Tesla from giving free energy to the world.

To add more intrigue to the inventor’s legacy, a Tesla biographer has made some rather otherworldly claims about the visionary inventor. In the recently updated semi-biography The Lost Journals of Nikola Tesla: HAARP – Chemtrails and Secret of Alternative 4, author Tim R. Swartz claims that Tesla was once contacted by aliens via transmissions from outer space. According to Swartz’s book, Tesla at one point was developing a powerful radio antenna designed to monitor thunderstorms in Earth’s skies. While testing the device, Swartz claimed in an interview, Tesla overheard radio transmissions he believed were actually extraterrestrial communications:

He wondered at the time if he wasn’t listening to ‘one planet greeting another,’ as he put it. From that point on, it became somewhat of an obsession of his, to build better and better radio receivers to try to see if he could repeat what he heard. He got to the point where he claimed that he was actually receiving voice transmissions. He said it sounded just like people talking back and forth to each other. He made notes saying that he was actually hearing intelligent beings from another planet talking to each other, although he didn’t know what language they were speaking. But he still felt he understood them.

The Amazon description of Swartz’s latest Tesla book claims that the book was written using “sensational data obtained from the inventor’s most private papers and kept under wraps by the military and big business concerns,” and the description soon after devolves into the typical screed against secret governments and chemtrail conspiracies. Swartz claims his research is based on a source’s recollections of Tesla’s private files which were bought at an auction in 1976 and conveniently vanished twenty years later after a visit from the Men in Black. Sounds legit. 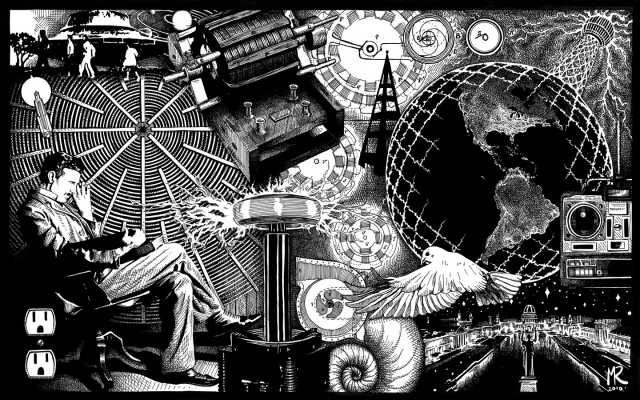 Claims that Tesla was an alien himself are not uncommon.

However dubious these Tesla claims might be, the time when Tesla would have been conducting this research happens to coincide with the beginnings of America’s love affair with UFO sightings, known as the “Airship Wave.” In the late 1890s, sightings of mysterious “airships” were reported throughout the Americas. Could one of Tesla’s inventions have triggered contact with extraterrestrial beings? Or, more likely, did the dawn of the first flying machines trigger the American imagination? Who knows. As with all things Tesla, this one remains shrouded in mystery and a great deal of fanciful speculation.