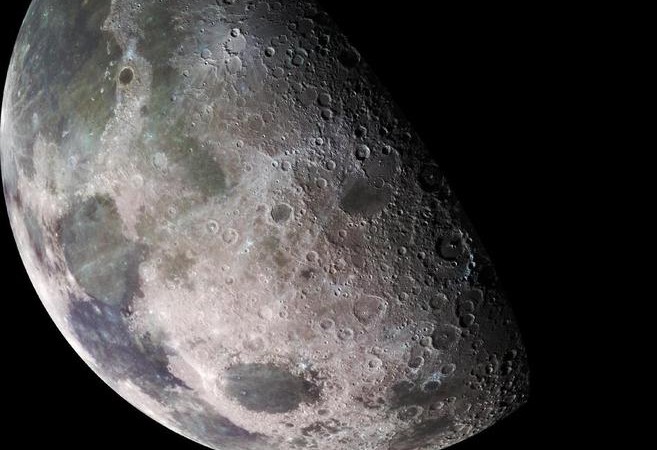 No Moon, No Magnetic Field, No Life on Earth: Study

The Earth’s core should have dropped 3,000 ºC, but the Moon’s kept it warm for the past four billion years, French scientists claim. Belinda Smith reports.

More than four billion years ago, the Moon and Earth were both molten rock. The Moon has since solidified, but may be responsible for keeping the heat churning in Earth’s core.

Without the Moon, there would be no life on Earth, French scientists claim.

The gravitational push-pull of the Moon on iron deep inside Earth keeps it hot and molten. And a liquid core is needed to generate a magnetic field, which forms a protective shield against blasts of particles from the Sun.

Denis Andrault from Blaise Pascal University in Clermont-Ferrand, France, and colleagues propose the Earth’s heated interior should have dropped by about 3,000 ºC over the past four billion years or so, but has instead remained almost constant – all because of the Moon.

Their story, published in Earth and Planetary Science Letters, begins around 4.3 billion years ago, or 60 million years after the Earth’s birth.

A massive collision turned the planet molten, with some bits flung out to clump together and become the Moon. Back then, the core of the Earth would’ve sat around 6,800 Kelvin, or around 6,500 ºC.

After around a million years of cooling, Earth developed a thin crust and the beginnings of a mantle – a thick layer of hot rock between crust and core. The core, at this point all liquid, started to produce a magnetic field. This, the scientists write, was a stage of “thermally driven dynamo” as heat rose from the centre of the core towards the surface of the planet, churning parallel to Earth’s axis of rotation.

Following another billion years or so, the core started to solidify in its centre, while the liquid outer core kept churning and the mantle cooled. Then, by a billion years ago or so, the temperature of the core should have dropped 3,000 ºC.

But it didn’t, Andrault and colleagues claim – instead, it dropped only 300 ºC.

In the most recent billion years, the temperature was propped up by tidal forces from the Moon squishing and stretching the mantle, along with forces from our orbit around the Sun. This “mechanical forcing”, they write, “could have started to induce core motions as soon as the Moon was formed”.

They created a thermal model of the deep Earth’s geodynamo – an “orbitally driven dynamo” – and showed the Moon’s effects made up for the heat lost into space.

And because nothing’s perfect – not Earth’s slightly wobbly rotation or the Moon’s orbit – small irregularities can cause fluctuations in the geodynamo. Pulses of heat may have melted parts of the deep mantle which, in turn, may have led to major volcanic eruptions on the surface.