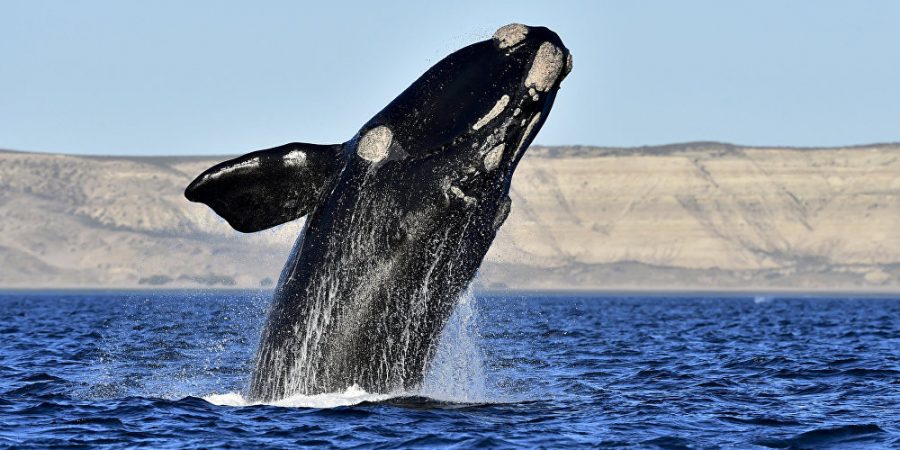 I put this article under the Earth Changes category because this could be a starting sign of the 6th mass extinction that scientist claimed has already started. Hopefully this is just a one off situation but based on humans abuse of this planet, that might be wishful thinking.

Scientists have not yet seen a single newborn right whale off the Southeast US coast, even though it is seven weeks into the endangered species’ calving season.

“We basically right now should be at the peak of the season and we haven’t seen anything, so that’s concerning,” wildlife biologist Clay George said, phys.org reported.

“I’m going from being the optimist I normally am to being pretty pessimistic about it.”

This is the longest that researchers have gone into the calving season without spotting any calves since 1989, which was when scientists began conducting comprehensive surveys using trained spotters in planes to search for them. The last sighting was during last year’s birthing season. The whales usually migrate to the Atlantic coasts of the US states of Georgia and Florida between December and April for the event.

During the past 30 years, right whales have had an average of 17 births per year. Since 2012, almost all the birthing seasons have resulted in below-average numbers of births. The five recorded births last year were the lowest since 2000. However, because female right whales usually give birth once every three years or so, it is not uncommon for birth numbers to fluctuate.

“I am not convinced that right whales aren’t here, rather than we just can’t see them because we can’t get out. We’re all scrambling to find answers and figure out what’s going on,” said Barb Zoodsma, who oversees the right whale recovery program in the US Southeast for National Oceanic and Atmospheric Administration (NOAA) Fisheries.

According to NOAA, there are only about 450 Northern Atlantic right whales left. In December, the scientific agency warned that the species could become extinct if proactive actions are not taken, especially since many whales are getting hit by ships or tangled in fishing gear.

Scientists are also concerned that there has only been one sighting of an adult whale off the Southeast coast during calving season. While it was common to see 100 or more adults whales during winter decades ago, the only sighting on the Southeast coast this year was photographed by a man from his apartment overlooking the Gulf of Mexico in Panama City Beach, Florida.

However, the weather could be playing a role in why no calves have been spotted so far this season, particularly because high winds and cloudy skies have decreased the frequency of survey flights every week by 50 percent.

Scientists are hoping that newborn whales will make an appearance before calving season ends in mid-April.