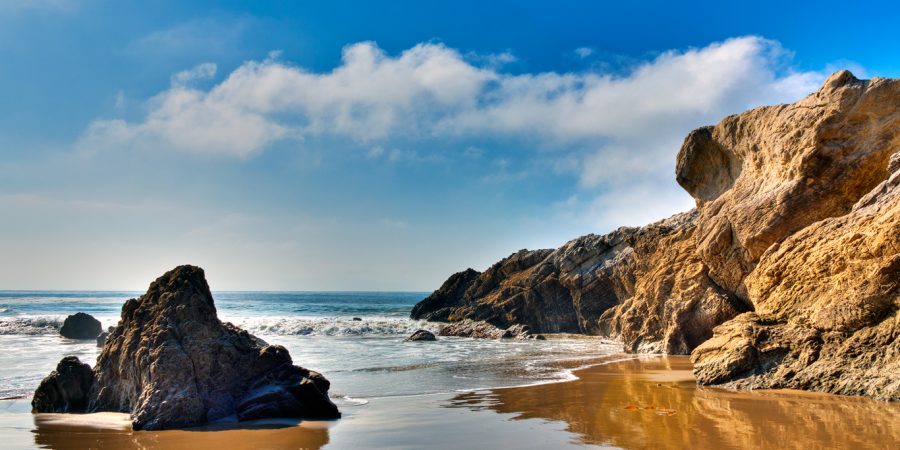 Ten years after former Vice President Al Gore warned in his 2006 Oscar-winning film, An Inconvenient Truth, that if nothing was done to stop man-made global warming, melting Antarctic and Greenland ice sheets could raise sea levels by up to 20 feet, four peer-reviewed scientific studies found “no observable sea-level effect of anthropogenic global warming.”

“It is widely assumed that sea levels have been rising in recent decades largely in response to anthropogenic global warming,” Kenneth Richard writes at NoTricksZone. “However, due to the inherently large contribution of natural oscillatory influences on sea level fluctuations, this assumption lacks substantiation….

“Scientists who have recently attempted to detect an anthropogenic signal in regional sea level rise trends have had to admit that there is ‘no observable sea-level effect of anthropogenic global warming’,” Richard points out, listing four peer-reviewed studies published this year that have all come to the same conclusion.

In a paper published on May 18, Hindumathi Palanisamy at the Laboratoire d’Etudes en Geophysique et Oceanograhie Spatiales (LEGOS) in Toulouse, France and her co-authors explain that “sea level is an integrated climate parameter that involves interactions of all components of the climate system (oceans, ice sheets, glaciers, atmosphere, and land water reservoirs) on a wide range of spatial and temporal scales….

“Since 1993, sea level variations have been measured precisely by satellite altimetry. They indicated a faster sea level rise of 3.3 mm/yr over 1993-2015. Owing to their global coverage, they also reveal a strong regional seal level variability that sometimes is several times greater than the global mean sea level rise,” the researchers state.

Comparing sea level changes between 1950 and 2009 in the Indian Ocean, South China and Caribbean Seas, Palanisamy’s team found that the “tropical Pacific displays the highest magnitude of sea level variations.”

However, by studying “sea level spatial trend patterns in the tropical Pacific and attempting to eliminate signal corresponding to the main internal climate mode, we show that the remaining residual sea level trend pattern does not correspond to externally forced anthropogenic sea level signal.”

Another group of scientists led by Mohammad Hadi Bordbar from the Helmholtz Centre for Ocean Research in Kiel, Germany also concluded in a study published in April that the recent sea level trends in the tropical Pacific “are still within the range of long-term internal decadal variability.

“Further, such variability strengthens in response to enhanced greenhouse gas concentrations, which may further hinder detection of anthropogenic climate signals in that region,” the study found.

In another study also published in April, a research team led by Sonke Dangendorf of the Research Institute for Water and Environment at the University of Siegen, Germany said that “superimposed on any anthropogenic trend there are also considerable decadal to centennial signals linked to intrinsic natural variability in the climate system… In the Arctic, for instance, the casual uncertainties are even up to 8 times larger than previously thought.

“This result is consistent with recent findings that beside the anthropogenic signature, a non-negligible fraction of the observed 20th century sea level rise still represents a response to pre-industrial natural climate variations such as the Little Ice Age” – a period of low temperatures which occurred between 1300 and 1850.

In a fourth paper published online in January in the Journal of Coastal Research, lead author Jens Morten Hansen of the Geological Survey of Denmark and Greenland and his co-authors studied sea level patterns from the eastern North Sea to the central Baltic Sea over a 160-year period (1849-2009).

“Identification of oscillators and general trends over 160 years would be of great importance for distinguishing long-term, natural developments from possible, more recent anthropogenic sea-level changes,” the researchers note.

“However, we found that a possible candidate for such anthropogenic development, i.e. the large sea-level rise after 1970, is completely contained by the found small residuals, long-term oscillators, and general trend. Thus, we found that there is (yet) no observable sea-level effect of anthropogenic global warming in the world’s best recorded region.”

In addition, the Earth’s coasts actually gained land over the past 30 years, according to another study published August 25 in Nature Climate Change.

Researchers led by Gennadii Donchyts from the Deltares Research Institute in the Netherlands found that the Earth’s surface gained a total of 58,000 square kilometers (22,393 square miles) of land over the past 30 years, including 33,700 sq. km. (13,000 sq. mi.) in coastal areas.

“We expected that the coast would start to retreat due to sea level rise, but the most surprising thing is that the coasts are growing all over the world,” study co-author Fedor Baart told the BBC.

“We were able to create more land than sea level rising was taking.”