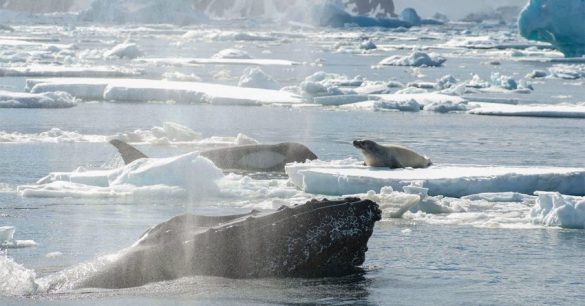 No One Knows Why Humpbacks Are Saving Seals from Killer Whales

Altruism isn’t exactly something that one associates with the marine world–with predators and prey clearly delineated, it’s a shark-eat-shark existence down there. Except when it comes to humpback whales, apparently. One marine scientist has gathered reports of humpback whales intervening when killer whales attack. All well and good when the target prey is a humpback calf, but in the majority of cases where the prey could be identified the humpbacks were saving the lives of other species, most notably seals.

Marine ecologist Robert Pitman, who works for the National Oceanic and Atmospheric Administration, was motivated to explore the phenomenon after he encountered it first-hand in the Antarctic. Writing in Natural History Pitman describes an extraordinary instance in which a group of killer whales was attacking a Weddell seal placed on an ice floe. As two humpback whales approached, one of the predators successfully knocked the seal from the ice.

“Exposed to lethal attack in the open water, the seal swam frantically toward the humpbacks, seeming to seek shelter… Just as the seal got to the closest humpback, the huge animal rolled over on its back—and the 400-pound seal was swept up onto the humpback’s chest between its massive flippers. Then, as the killer whales moved in closer, the humpback arched its chest, lifting the seal out of the water. The water rushing off that safe platform started to wash the seal back into the sea, but then the humpback gave the seal a gentle nudge with its flipper, back to the middle of its chest.” 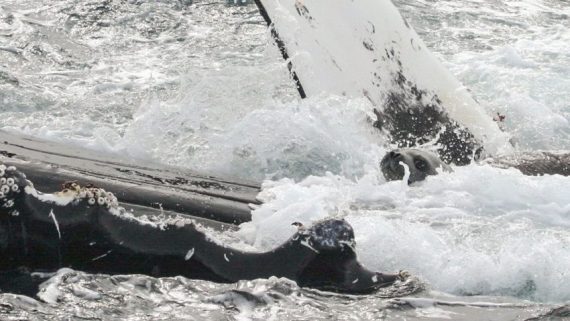 The killer whales retreated and the seal was saved. Wondering if this–and one other similar instance Pitman witnessed–were anomlaous situations, he put a call out for information on a marine mammal listserv. What he received in response were reports of 31 separate instances in which humpbacks have gone on the offensive against killer whales that are already engaged in attack. So what gives? Have we just failed to notice all along the ‘nice guy’ nature of humpback whales?

Maybe, or maybe not. As Trevor Branch, a fisheries scientist at the University of Washington, Seattle, told Science Magazine, it’s not entirely clear how the humpbacks benefit:

“It’s pretty mysterious. We tend to think of altruism as being reciprocal, but there’s no way these other species would come back and help the humpback whales.”

So what might be happening is that humpbacks instinctively mess with killer whales as a way of saying “don’t mess with us.” As Pitman says:

“I think they just have a simple rule. When you hear a killer whale attack, go break it up.”