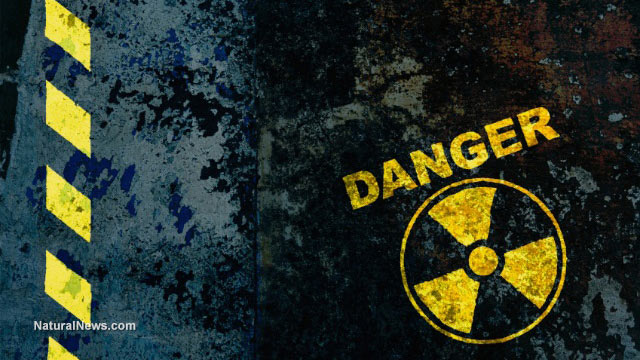 (NaturalNews) Official data reported at the National Conference on Radiation Control shows that the U.S. has been experiencing a huge spike in radiation from Fukushima. Levels are considered to be far exceeding the federal regulatory limit, with nearly 1,000 times the normal amount of alpha particles recorded, including plutonium.

Data analysis of Californian air samples, taken seven weeks after Fukushima began to release radiation in 2011, shows gross alpha activity of 200 femtocuries per cubic meter, which is 790 times the normal levels experienced in the state.

The radiation is not just limited to air pollution, and there are thought to be 110 sites off the American Pacific Coast that have been contaminated by leaks of radiation into water systems.

The dangers of alpha radiation

Alpha radiation is thought to be the least dangerous form of radiation when compared with beta and gamma rays – with even simple clothing stopping the alpha particles from reaching the body. However, alpha particles become extremely dangerous when ingested or inhaled. If you’re fortunate and only consume small doses, you may not show any symptoms. However, many people who are exposed suffer radiation sickness including nausea, vomiting, headaches and fatigue.

If you ingest large quantities of alpha particles by either drinking contaminated water or breathing polluted air, you are at high risk of developing cancerous cells, with many lung cancer cases being directly related to radioactive air pollution.

Following a major earthquake in March 2011, a 15-meter-high tsunami hit Japan, disabling the power supply of the Fukushima plant and damaging the reactors. This caused a nuclear catastrophe, with all three cores melting in the first three days after the tsunami.

This accident rated 7 on the INES scale due to the extremely high levels of radioactive releases, and four reactors were totally written off due to the damage. The main concern at the time was stabilizing the remaining three reactors with water – which took approximately two weeks.

Apart from the cooling, the other very important ongoing task was to prevent the release of radioactive materials – particularly from contaminated water which leaked from the units. The plant went into an official “cold shutdown condition” in December 2011.

But just how far did the radiation travel and could the U.S. be in danger, despite being so far from the source?

How far can radiation travel?

The distance that radiation can travel depends entirely upon the type of the radiation and its ability to penetrate other materials. According to the United States Nuclear Regulatory Commission, alpha and beta particles aren’t able to travel particularly far, whereas gamma rays, X-rays and neutrons travel a significant distance and are difficult to block.

According to the U.S. Nuclear Regulatory Commission, if you live within 50 miles of a normal, functioning nuclear power plant you, will receive an average radiation dose of approximately 0.01 millirem per year, although much of that actually comes in just a few massive doses throughout the year. However, the huge spikes seen in the U.S. caused by Fukushima show that nuclear waste spreads fast and far through the air and ocean currents.

The spike reported at the National Conference for Radiation Control is very concerning, showing that time and distance do nothing to stop the spread of radiation from nuclear disasters. Scientists need to closely monitor contamination levels across the Pacific, with the amount of radioactive material appearing on the Pacific Coast on the rise.

It is likely that we will see a variety of health problems emerging over the coming years that can be related to this radiation spike from Fukushima.