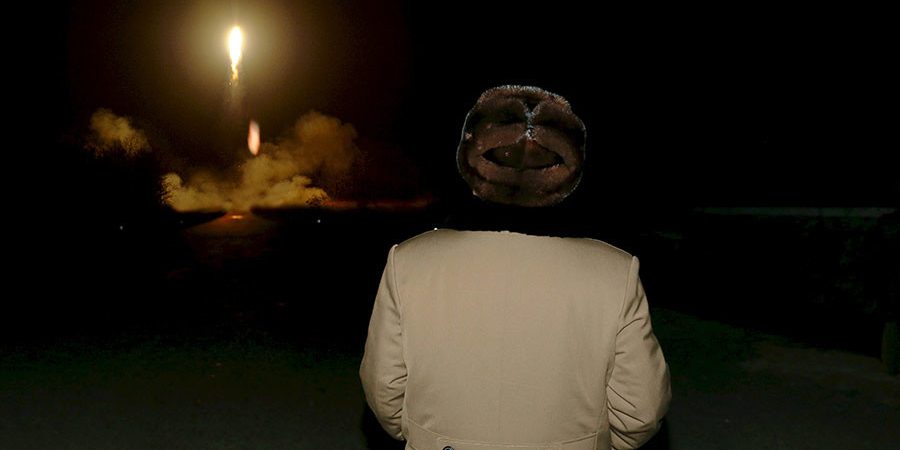 North Korea has reportedly launched four missiles into the Sea of Japan, three of which landed in Japanese territorial waters.

The military is trying to determine the type of rocket that was tested, but the South Korean agency has already cited an unnamed military official as saying it “could” have been an intercontinental ballistic missile “capable of reaching the US mainland.”

“We estimate the North fired four ballistic missiles. We are conducting an analysis (with the US) on the missiles to determine their type and other specifications. It will take a while before we can come up with a final analysis (based on US satellite data),” South Korea’s Office of Joint Chiefs of Staff said in a statement.

The projectiles were launched early Monday morning at 7:36 am local time from the Dongchang-ri long-range missile site, Yonhap reported citing S. Korea’s military. The unidentified objects flew across the country for about 1,000 kilometers before plunging into the East Sea.

Tokyo has lodged a “strong protest” with North Korea over the projectile tests.

“Should the US imperialists and the south Korean puppet forces fire even a single shell into the waters where the sovereignty of our Republic is exercised, the KPA will immediately launch its merciless military counter-actions,” the state-run Korean Central News Agency said in a statement.

“The KPA will mercilessly foil the nuclear war racket of the aggressors with its treasured nuclear sword of justice,” KCNA added.

North Korea repeatedly has claimed its close to developing an intercontinental ballistic missile able to carry a nuclear warhead as far as the West Coast of the US. Despite frequent launch failures and absence of evidence, Pyongyang’s missiles were getting close to such a capability, with Washington following developments with concern.

On January 1, the North Korean leader Kim Jong-un said that “research and development of cutting-edge arms equipment is actively progressing and ICBM rocket test launch preparation is in its last stage.”

This prompted a response from then-US President-elect Trump: “North Korea just stated that it is in the final stages of developing a nuclear weapon capable of reaching parts of the US. It won’t happen!”

The last time North Korea claimed to have launched a long-range ballistic missile, it was hit by a new round of sanctions by the UNSC. Overall North Korea has conducted a total of five nuclear tests — in 2006, 2009, 2013 and twice in 2016.

The latest nuclear tests were accompanied by a number of North Korean ballistic missile tests. Just last month, Pyongyang launched a missile in the direction of Japan, before the projectile landed into the sea. US and South Korean military officials stipulated that the missile fired was a Hwasong-10, or Musudan intermediate-range ballistic missile, which has a range of 3,000 kilometers.