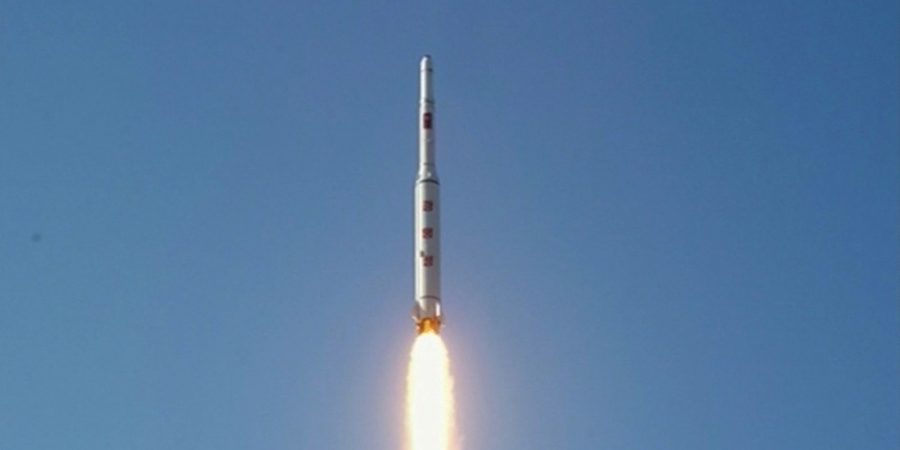 NORTH Korea is far more advanced, dangerous and could already have weapons orbiting the US, warn two experts.

In a joint article, James Woolsey, a former CIA chief, and Peter Vincent Pry the executive director of the EMP Task Force have declared: “History suggests North Korea already has nuclear-missile warheads and a sophisticated array of nuclear weapons.”

The harrowing article isn’t the first the two have co-written. They previously referred to Kim Jong-Un as “a paranoid psychopath” and claimed the public was being “mis-led by the Obama White House” as “North Korea probably already has nuclear armed missiles”.

It is not only a nuclear blast that the public should be worried about but a sophisticated EMP black out.

Pry said: “An EMP that blacks out the national electric grid would be a far greater catastrophe than blasting a city. A North Korean 10-kiloton warhead blasting a city might cause about 200,000 casualties.

“There are two North Korean satellites orbiting over the United States on trajectories consistent with a surprise EMP attack — perhaps an idea borrowed from the Russians.”

Woolsey agrees and thinks the US and its allies needs to do more to defend itself.

He said: “The US should immediately harden its national electric grid to deter and defeat a nuclear EMP attack. Further, it should quickly redeploy Aegis guided missile cruisers to America’s most vulnerable regions.”

They reacted to comments that the relatively low seismic signals provided by North Korean missile tests represent an inability to field a super weapon.

Woolsey said: “North Korea could conduct decoupled tests to hide their true yield. Decoupling entails detonating a device in a cavity to dampen the signal by as much as 10-fold. A 100 kiloton test could look like 10 kilotons.

The comments coincide with Donald Trump’s declaration that the US will be the “top of the pack” as he vows to increase the country’s nuclear weapons.

Trump also announced he would beef up military spending by £75billion as the White House revealed they would be deploying a huge arsenal of missiles on Kim’s border with South Korea.