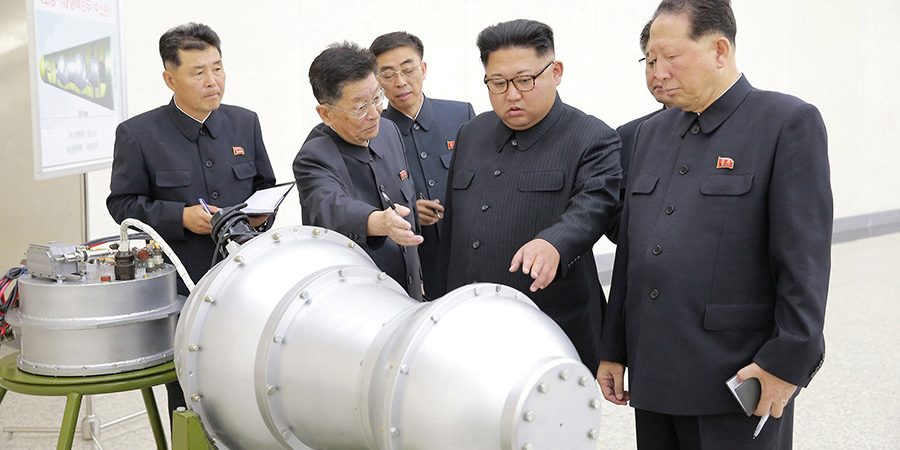 North Korea has developed a new, more advanced hydrogen nuke that is small enough to be fitted on a new intercontinental ballistic missile, state media KCNA has claimed.

According to the KCNA report, North Korea’s Nuclear Weapons Institute has created a “more developed nuke,” bringing about a “signal turn” in the country’s nuclear arsenal. Kim Jong-un, the country’s leader, inspected the new weapon during his visit to the nuclear facility. 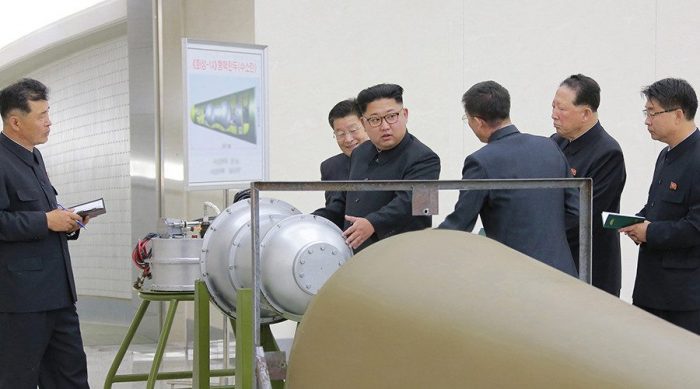 Scientists “further upgraded its technical performance at a higher ultra-modern level on the basis of precious successes made in the first H-bomb test,” KCNA said, boasting about the progress of the domestic weapons program.

“The Nuclear Weapons Research Institute has recently achieved a higher level of research and production of nuclear weapons,” in accordance with the country’s strategic plan of nuclear weaponization, KCNA said.

“Our hydrogen fuel, which can be arbitrarily adjusted from tens of to hundreds of kilotons depending on the target of the nuclear strike, not only exerts enormous destructive power,” but can also explode at a high altitude, producing a “super powerful EMP [electromagnetic pulse] against a vast region,” it said.

“It is a multifunctional thermonuclear combat unit,” KCNA said, adding that all of its elements are “100% localized and all processes necessary for the production of nuclear weapons are integrated.”

The US considers a potential EMP attack a real threat to the nation, capable of inflicting “catastrophic” damage.

“The electromagnetic fields produced by weapons designed and deployed with the intent to produce EMP have a high likelihood of damaging electrical power systems, electronics, and information systems upon which American society depends. Their effects on dependent systems and infrastructures could be sufficient to qualify as catastrophic to the Nation,” the Commission to Assess the Threat to the United States from Electromagnetic Pulse Attack, said in their report.

An electromagnetic pulse attack on US soil could inflict major damage to vital electronic systems, according to a 2008 report from the Heritage Foundation.

“First, the electromagnetic shock disrupts electronics, such as sensors, communications systems, protective systems, computers, and other similar devices. The second component has a slightly smaller range and is similar in effect to lightning… [and can cause] potential for damage to critical infrastructure. The final component… is a pulse that flows through electricity transmission lines-damaging distribution centers and fusing power lines,” the Heritage Foundation explained.

For years now, the North has been relentlessly pursuing a program to develop a nuclear weapon small enough to be mounted on an intercontinental ballistic missile (ICBM). In January 2016, Pyongyang claimed it had successfully tested its first hydrogen bomb.

In July, North Korea, claimed it tested two ICBMs which could potentially strike continental US. However, Russian Defense Ministry data classed both missiles as Intermediate-Range Nuclear Missiles, while the rhetoric between US and North Korea has intensified.

US President Donald Trump said “all options are on the table” regarding North Korea, later adding that “talking is not the answer.”

Amid the warmongering, Russia and China continue to insist that a military solution to the conflict is not an option. On Friday, Russian President Vladimir Putin warned that further escalations could lead to an armed regional conflict.

“The situation on the Korean Peninsula, where tensions have grown recently, is balancing on the brink of a large-scale conflict. Russia believes that the policy of putting pressure on Pyongyang to stop its nuclear missile program is misguided and futile,” Putin said Friday.