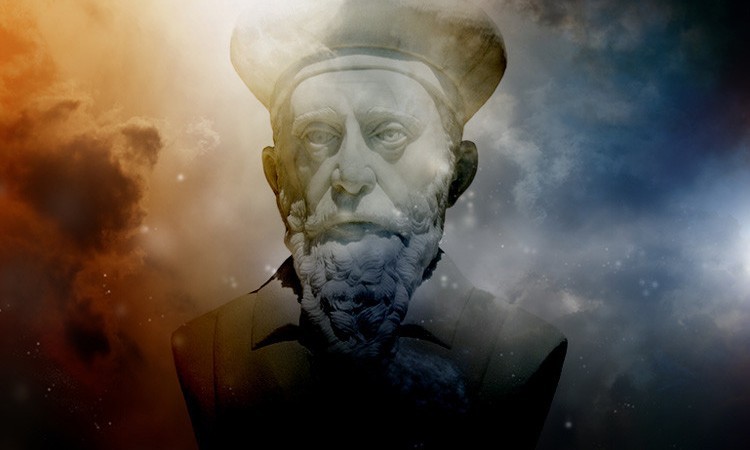 The French physician and astrologer, Michel de Notre Dame, historically known as Nostradamus, is considered by many as one of the most accurate prophets in history. In his book ‘The Prophecies’, he writes more than a thousand four-line poetic verses called “quatrains,” verses that seem to predict the future. Michel began to have visions at a very early age. He would stare into a bowl with water and while staring at the water for some time, he would “receive” visions of the future.Nostradamus has been credited with predicting everything from the Great Chicago Fire of 1871 and the rise of Hitler in the 1930’s. what remains a mystery is the source of his visions and his ability to predict the future so accurately.

Nostradamus has been credited with predicting everything from the Great Chicago Fire of 1871 and the rise of Hitler in the 1930’s. what remains a mystery is the source of his visions and his ability to predict the future so accurately.

Here below we have 10 of his predictions for 2016 and beyond, will they come true? We shall see…

World War III
A war will start between two major world powers and will last for a period of 27 years. The moment of great violence will coincide with the appearance of a comet in the sky. Nuclear combat and natural disasters shall strike our planet when a giant planet approaches Earth.

Great eruption of Vesuvius
It is believed that Nostradamus predicted a great Volcanic Eruption. The worst eruption of volcano Vesuvius in history will come accompanied by earthquakes that will shake Earth every five minutes, killing between 6 and 16 thousand people.

The largest Recorded Earthquake
The largest earthquake in the history of the United States will occur, especially affecting the western area of the country, its power will be felt in other countries around the world.

Permission for parenthood
Those who want to have children will need permits and licenses, and may not do as they please.

The collapse of the global economy
“The rich will die many times,” wrote the French prophet.

People will live more than 200 years
Advances in medicine will extend the average lifespan of human beings to 200 years. An 80-year-old will look like a 50, year old according to Nostradamus.

Radiation will burn the planet
“Kings steal forests, the sky will open, the fields will be burned by heat,” the seer writes. This is a warning that the destruction of the rainforests will lead to a hole in the ozone layer and the imminent exhibition Earth from harmful ultraviolet radiation. and all due to the massive burning of forest areas all over the world.

All taxes will be abolished in the Western world
A great revolt will end all taxation forever. The seer writes: “People refuse to pay the tax to the king.” On that day, many will celebrate freedom in a country that taxes mercilessly.

Humans talk to the animals
“Pigs will become a brother to man,” wrote the prophet, in a text that some linked to scientific advances that allow people to talk with their pets.

Language differences will disappear
“After the invention of a new engine, the world will be like in the days before Babel”. According to interpretations, this new ‘engine; would be used like modern-day computers, and according to the French prophet, this will mean the end to many nations.

IF YOU ENJOY THIS SITE PLEASE TELL OTHERS ABOUT US…SHARING IS CARING
SHOW YOU CARE, COMMENT AND SHARE (BELOW)
ancient-code