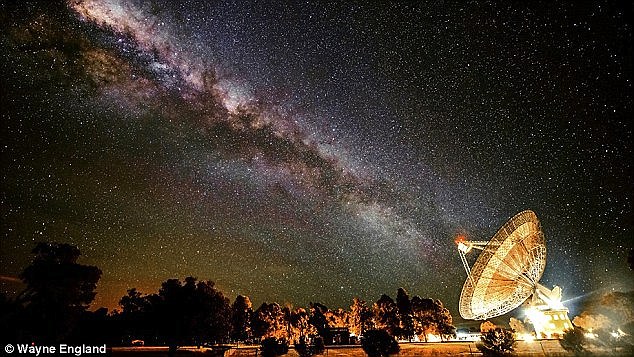 NOT A DRILL: SETI Is Investigating a Possible Extraterrestrial Signal From Deep Space

If the signal is truly from an alien world, it’s one far more advanced than ours.

An international team of scientists from the Search for Extraterrestrial Intelligence (SETI) is investigating mysterious signal spikes emitting from a 6.3-billion-year-old star in the constellation Hercules—95 light years away from Earth. The implications are extraordinary and point to the possibility of a civilization far more advanced than our own.

The unusual signal was originally detected on May 15, 2015, by the Russian Academy of Science-operated RATAN-600 radio telescope in Zelenchukskaya, Russia, but was kept secret from the international community. Interstellar space reporter Paul Gilster broke the story after the researchers quietly circulated a paper announcing the detection of “a strong signal in the direction of HD164595.”

The mysterious star’s designation is HD164595, and it’s considered to be sun-like in nature with a nearly identical metallic composition to our own star. So far, a single Neptune-like (but warmer) planet has been discovered in its orbit—HD 164595 b. But as Gilster explained, “There could, of course, be other planets still undetected in this system.”

Decorated Italian SETI researcher and mathematician Claudio Maccone along with Russia’s Nikolai Bursov of the Special Astrophysical Observatory are the principal scientists working on the apparent discovery. They claim that “permanent monitoring of this target is needed.”

“The signal conceivably fits the profile for an intentional transmission from an extraterrestrial source,” said Alan Boyle, author of “The Case for Pluto” who reported the story for Geekwire. “In any case, the blip is interesting enough to merit discussion by those who specialize in the search for extraterrestrial intelligence.”

The signal’s strength indicates that if it in fact came from a isotropic beacon, the power source would have to be built by a Kardashev Type II civilization. (The Kardashev scale is used to determine the progress of a civilization’s technological development by measuring how much energy was used to transmit an interstellar message.) An ‘Isotropic’ beacon means a communication source emitting a signal with equal power in all directions while promoting signal strength throughout travel.

In his acclaimed work “Transmission of Information by Extraterrestrial Civilizations,” Soviet astronomer Nikolai Kardashev explained that a Type II civilization would be able to harness the energy of their entire host star. The most common hypothetical example of this would be a Dyson Sphere—which is a massive artificial structure that could completely encapsulate a star and transfer the energy to a nearby planet. 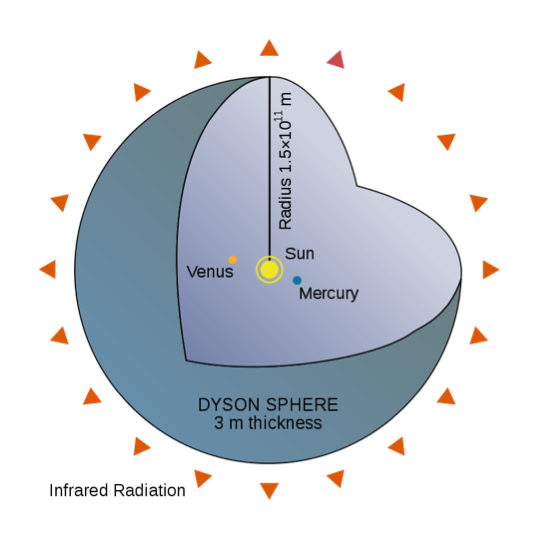 Basically, if the signal was beamed out into the galaxy without aim or direction, that would require an enormous amount of power to actually be detected. But what if the signal was beamed specifically at our solar system? Well, that would require less energy and could indicate the presence of a Kardashev Type I civilization—meaning that it could be a highly technological, contemporary society that harnesses the solar energy emitted by its local star, much like our planet does with solar panels. This particular civilization’s social structure is theorized to be completely globalized and interconnected.

“The signal is provocative enough that the RATAN-600 researchers are calling for permanent monitoring of this target,” said Gilster. And that’s exactly what is transpiring. As of last night, the SETI institute is diverting its Allen Telescope Array in northern California to investigate while their counterparts at METI International (Messaging Extraterrestrial Intelligence) will use Panama’s Boquete Optical Observatory.

The detection of the mysterious signal and the ensuing investigations will be discussed at the IAA SETI Permanent Committee during the 67th International Astronautical Congress in Guadalajara, Mexico, on September 27—the same day and location where Elon Musk will reveal his plans to colonize Mars. The Observer will be following up on both these stories from the Congress.

Seth Shostak, senior astronomer at the SETI Institute in Mountain View, Calif., weighed in on HD 164595 in an email to GeekWire:

“This is a bit of a puzzling story, as the Russians found this signal a year ago or so, but just didn’t let others know. That’s not good policy, as what you really want is confirmation at another telescope, but… Is it real? The signal may be real, but I suspect it’s not ET. There are other possibilities for a wide-band signal such as this, and they’re caused by natural sources (or even terrestrial interference).

“I just did a quick calculation of how much wattage they’d need to wield from 94 light-years (I think that’s the distance) in order to produce the apparently received signal, and that would be a big utility bill, even if they were directing the transmission (as opposed to broadcasting equally in all directions). It’s also the case that the known planet around the star is in an awfully tight orbit, which means it’s probably a place that’s hotter than Seattle’s best restaurant. Of course, there could be other planets there …

“So, not too much to say so far. However, we’re looking at this object with the Allen (not Alan) Telescope Array as I speak to you!”