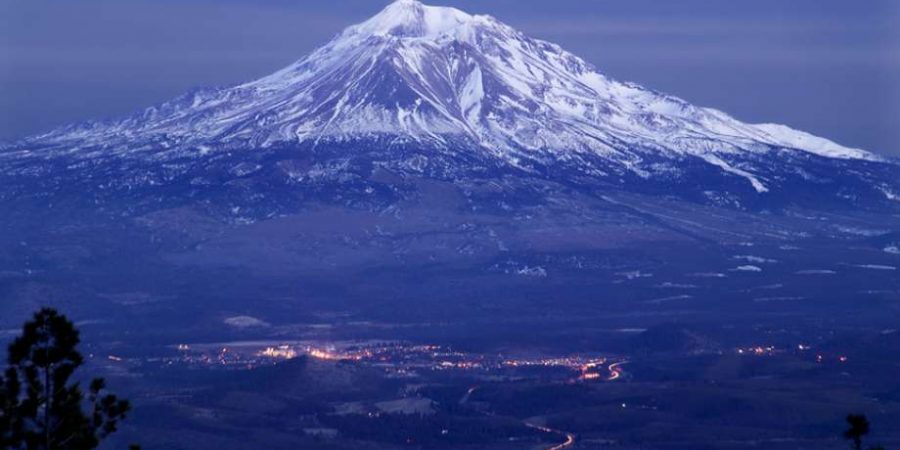 Not Only San Andreas — California’s Next Big Hazard Could Be A VOLCANO, USGS Warns

The U.S. Geological Survey (USGS) has warned that California’s next big hazard could come in the form of a volcanic eruption—not a massive earthquake, landslide or wildfire, which the state is often known for.

“The potential for damaging earthquakes, landslides, floods, tsunamis, and wildfires is widely recognized in California,” the report said. “The same cannot be said for volcanic eruptions, despite the fact that they occur in the state about as frequently as the largest earthquakes on the San Andreas Fault.”

According to the USGS, there are eight young volcanic areas that could pose a risk to California, ranging from the border of Oregon to Mexico. The report assesses these volcanoes for their risk, looking at general state of unrest, the type of volcano, the tendency toward violent eruptions and the frequency of eruptions. The report also looked at their location in relation to land use, such as population.

The report said that seven of the volcanoes assessed have magma beneath them, meaning they are considered “active.” They are the Medicine Lake volcano, Mount Shasta, the Lassen Volcanic Center, the Clear Lake volcanic field and the Long Valley volcanic region. The latter, in the Sierra Nevada Range, is one of the biggest calderas in the world, measuring 20 miles by 10 miles. It formed during a “supereruption” around 760,000 years ago.

Explaining what happens when a volcano erupts, the USGS said a series of events unfold: “Steam blasts, noxious gas emissions, and landslides may occur as magma (subsurface molten rock) ascends into the volcanic edifice,” the report said.

“Typically, the intensity of an eruption accelerates to a climactic phase and then gradually subsides. The 1914-17 eruption of Lassen Peak in Shasta County, for example, produced a yearlong series of minor steam blasts before a larger explosion sent an eruption column 30,000 feet high and unleashed destructive pyroclastic flows and lahars.”

The report went on: “Although considered a ‘small’ eruption by volcanologists, windborne ash drifted 275 miles eastward and fell as far away as Elko, Nevada. The most energetic part of the eruption was over in a matter of days, but recurring steam blasts and lahars created hazardous conditions for several years afterwards.” 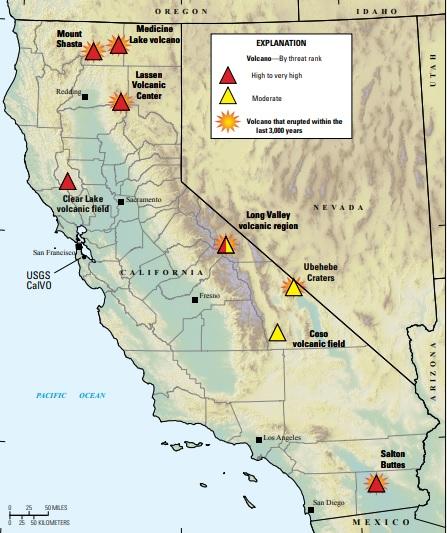 The report said that, unlike other natural disasters, the associated hazards of volcanoes can sometimes last for decades, making understanding the risks they pose all the more important.

The potentially hazardous volcanoes in California are being monitored closely for any changes that indicate an eruption could be on the way. “Understanding the hazards and identifying what and who is in harm’s way is the first step in mitigating volcanic risk and building community resilience to volcanic hazards,” it said. “Characterizing exposure—the who and what is in harm’s way—is the first step in mitigating volcanic risk.”

The report found that a volcanic eruption will be more than just a local problem, with any event likely to affect the natural resources and infrastructure on a wide scale. It said the next steps will be to assess specific volcanoes and sites for vulnerabilities so mitigation strategies can be fully developed.

“This will require the collective efforts of scientists, land managers, civil authorities, lifeline operators, and communities,” the report concludes. “Only together can California successfully manage volcanic risk and continue to enjoy the beauty and benefits of a geologically dynamic state.”