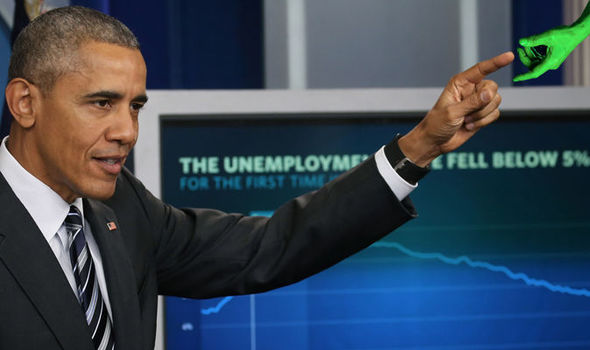 Obama, who will give up office in January 2017, was put on the spot by a six-year-old girl who pulled no punches during a Q&A at a filming of the Ellen DeGeneres Show.

The direct youngster, Macey Hensley, asked Obama about the fabled “Book of Secrets” from the 2007 National Treasure movie of the same name starring Nicholas Cage, reported The Wall Street Journal.

In the film the legendary book is said to contain details about the top-secret military “alien base” Area 51 and the assasination of President Kennedy, and Obama has previously joked about having seen it.

Macey asked the president if it did indeed did hold information about contact with aliens, but he said: “That’s a secret.”

The girl theorised to Mr Obama that the “secrets” in the book could say whether “aliens are real”.

According to a report by breitbart.com, the president replied: “We haven’t actually made direct contact with aliens yet.

Previous presidents, including Bill Clinton, have reacted in a similar tongue-in-cheek fashion when put on the spot over the alien question. 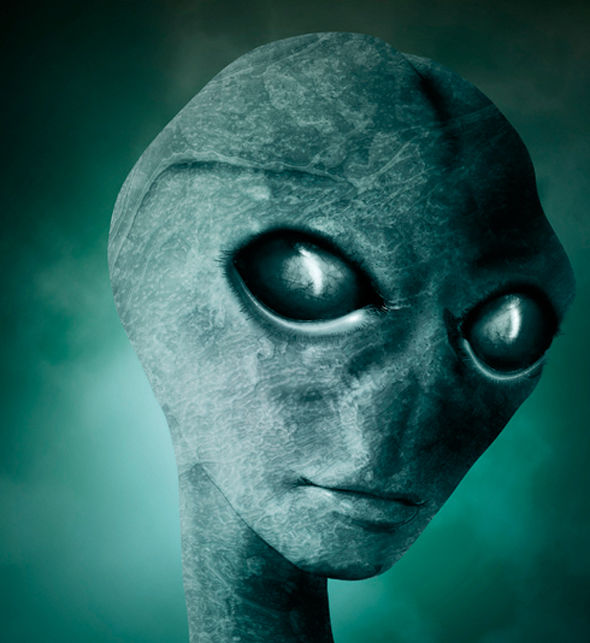 Is the truth out there? Does President Obama know more than he is letting on?

We haven’t actually made direct contact with aliens yet. When we do, I’ll let you know. – US President Barack Obama

And Obama’s refusal to out right deny the existence of aliens to the girl has buoyed alien chasers that 2016 will be a turning point for so called alien disclosure.

It could be down to the X-Files returning to our screens this year, but conspiracy theorists and UFO hunters have been in overdrive since Hilary Clinton vowed in January she would send a task force into Area 51 to see what is going on there and get to the bottom of what the White House knows about aliens if she gets elected.

The disclosure movement want all world governments, and particularly the US, to release all confidential files they hold on aliens and UFOs.

There has already been much speculation about this year being the time for disclosure.

This was bolstered by an Express.co.uk explosive report yesterday which revealed a former US navy officer has contacted investigators to break his silence over thousands of confidential UFO files he claims to have seen, including some containing so-called “alien hieroglyphs.”

One disclosure conspiracist, 34, told Express.co.uk: “Whenever a US president or senior official is put on the spot they get this smile and say something like ‘I couldn’t tell you even if I knew’…or something like that.

“You will never get a total denial, but it is a double bluff.

“Take what Obama just said to the girl ‘we haven’t made DIRECT contact.’ He says it like they know they are there, so what about indirect contact? They can’t hold it in much longer.”