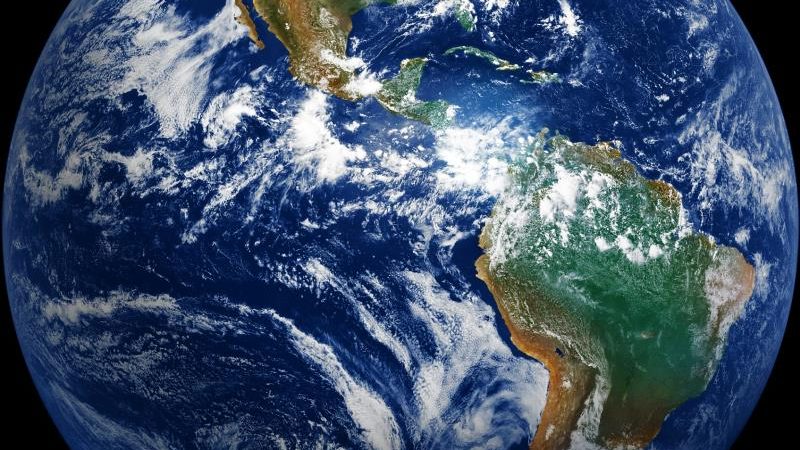 Dr Fergus Simpson, a mathematician at the University of Barcelona’s Institute of Cosmos Sciences, said there was a 0.2 per cent chance of a “global catastrophe” occurring in any given year over the course of the 21st Century.

The calculation is based on the Doomsday Argument, which it is claimed can predict the number of future members of the human species given an estimate of the total number of humans born so far.

As the population increases, there is a higher chance the world will end

“In a year when Leicester City FC were crowned Premier League champions, we are reminded that events of this rarity can prove challenging to anticipate, yet they should not be ignored,” he added.

According to Dr Simpson’s calculations, around 100 billion people have already been born and a similar number will be born in the future before the human race expires.

He estimated there was a 13 per cent chance humanity would fail to see out the 21st Century.

This is a more optimistic conclusion than previous studies, with British Astronomer Royal Sir Martin Rees suggesting there was a 50 per cent probability of human extinction by the year 2100 in his 2003 book Our Final Hour.

“Irrespective of the aforementioned statistical inferences, it would be naive in the extreme to believe that the annual risk of global catastrophe is vanishingly small,” Dr Simpson said.

Nuclear war has been touted as a possible end to humanity

“At a time when at least eight sovereign states are in possession of nuclear weapons (including one whose leader has executed members of his own family), a head-in-the-sand approach appears both dangerous and irresponsible.

“Investigations towards the mitigation of various global risks […] ought to be pursued with urgency. We may not be able to evade the inevitable altogether, but as with our personal life expectancy, it is within our power to delay it.”

New research published in the journal Science Advances warned that if humans carry on using large amounts of fossil fuels, planet Earth could be on course for global warming of more than seven degrees Celsius within a lifetime, which would have a catastrophic effect on the human population.

The researchers found the climate could be much more sensitive to greenhouse gases than previously thought, which if true would be “game over” for attempts to prevent dangerous global warming, according to leading climatologist Professor Michael Mann, of Penn State University

A Living Planet report in October found that by 2020, the populations of mammals, birds, fish, reptiles and other vertebrate species were on course to have fallen by more than two-thirds over a period of just 50 years, giving a current rate of extinction that is about 100 times faster than normal.

“I find it a little bit depressing,” Dr Simpson told The Sun Online.

“However, I have a background in cosmology and know that we are already doomed in five billion years, because we don’t have a hope of seeing out the death of our sun or the other stars. I am acutely aware that existence is finite.”