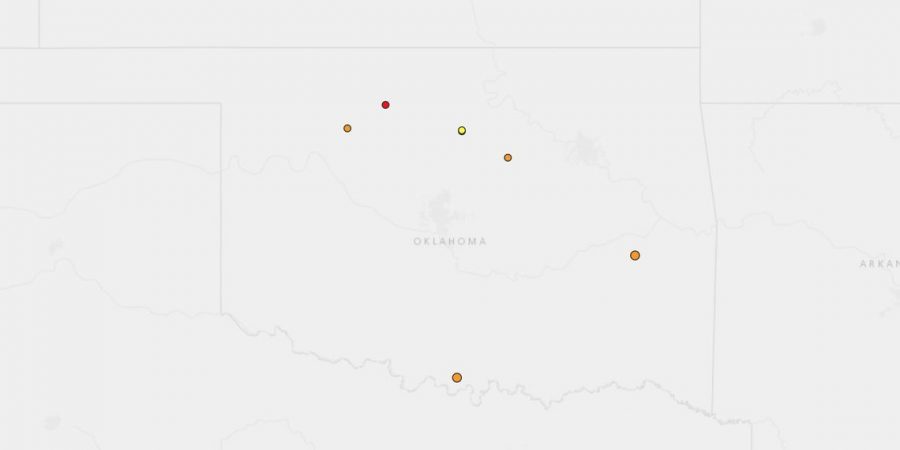 In just less than 24 hours, seven earthquakes rattled across Oklahoma, according to data from the United States Geological Survey.

The temblors ranged in intensity from magnitude to 1.6 to 2.5.

The first quake — measuring at magnitude 1.9 — struck at 10:44 a.m. Sunday roughly 2.5 miles south of Perry, the USGS reported. The second quake — magnitude 1.7 — came just over a minute later in roughly the same location.

Perry is about 64 miles north of Oklahoma City.

Fairview is 83 miles west of Perry.

The fourth quake — magnitude 1.6 — was centered just over a mile northwest of Cushing and rattled at 8:38 p.m..

A magnitude 2.5 quake followed at 1:18 a.m. on Monday near Quinton in the eastern part of the state. Roughly 24 minutes later, the sixth temblor — magnitude 2.1 — struck 13 miles northwest of Marietta near the Arkansas border.

The final quake measured magnitude 1.9 and shook just after 10 a.m. roughly 7 miles southeast of Helena, according to the USGS.

Data indicates that few people, if any, felt the temblors.

Magnitude measures energy released at the source of an earthquake, the USGS reported. It replaced the Richter Scale.